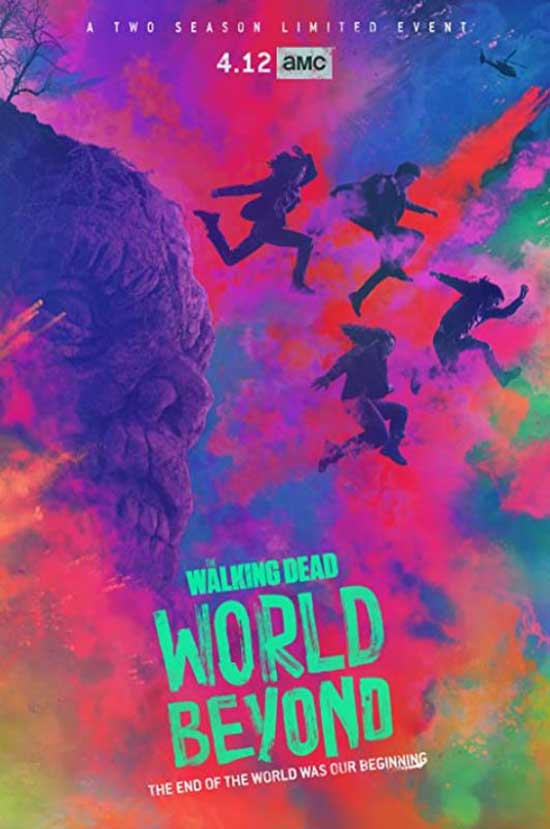 The series will focus on the first generation to grow up during the zombie apocalypse.

As an avid fan of all things Walking Dead, I was thrilled to learn of the new sister series “The Walking Dead: World Beyond” being rolled this past year. I had missed the episodes on TV but excited to review the latest bluray set consisting of its 10 episodes under the creation of Scott M. Gimple and Matthew Negrete premiering on AMC of October 2020.

This relative post-apocalyptic series takes a different angle than some of its co-running series (namely “The Walking Dead” and “Fear the Walking Dead”). This 3rd rollout of zombie mayhem occurring within the Walking Dead universe centers itself 10 years after the ground zero event which lead to the zombie apocalypse.

Targeting a younger demographic it weighs more heavily on a group of teens who are under a protected quarantine of sorts at Nebraska State University. The occupants are living under a regimented colony existence located on the campus trying to exist in a normalized environment despite its borders under the constant threat of the non-living. They have given these walking corpses the moniker of “The empties” which again avoids using that forbidden term of zombies (removed as a word under the Waling Dead universe). 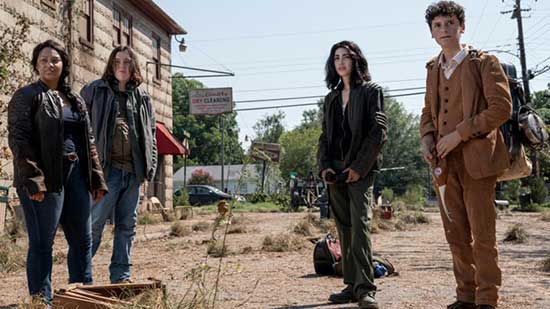 A new world order begins to unravel as the students become curious under their limited interaction with the borders outside of the campus. Key figures this season consist of Iris Bennett (Aliyah Royale), her sister Hope (Alexa Mansour), Hal Cumpston as Silas Plaskett, Nicolas Cantu as Elton Ortiz, and Nico Tortorella as Felix Carlucci, the head of security.

We begin with an introduction into school life as we are also introduced to a military group called the Civic Republic Military (CRM), who appears to be the source of law and order while working behind the scenes on keeping peace and control. 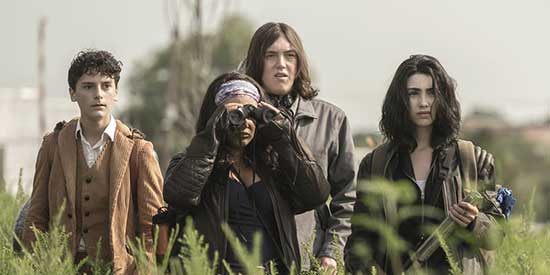 However with that said, season 1 really is about the journey of these teens who feel compelled to journey beyond the campus walls. They are young, naive, and are still adjusting to the fact that they must now become empowered enough to chop an occasional head or jab their makeshift javelin weapons into “the empties” skulls. We see the birth of adjustment occurring as younger residents learn about conflicts, facing their owns demons, and surviving in am extremely dangerous world.

In review, the series has spark that I felt was actually more appropriate to younger teenage audiences than what I was used to as an ongoing adult narrative. On that basis, it feels a little awkward knowing that we must endure their times of reveal and teenage angst under the guise of resurrected monsters traveling about. 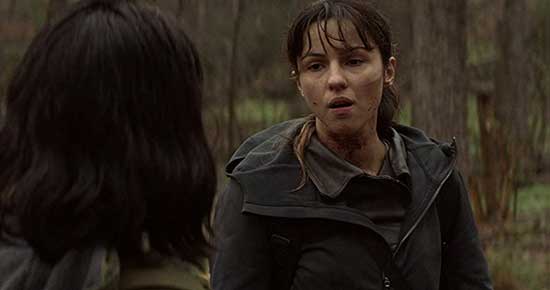 Season 1 is a mixed bag for me. On one hand we have the excellent practical effects work that we are used to with a nice mix of abominations presented in the usual Walking Dead ways (thanx to Greg Nicotero and company).

“The Walking Dead: World Beyond” like its predecessors is rooted in human drama focusing on shifting the impact of gore and death to the pains and lifestyle of its characters who are dealing with a world they don’t understand. My complaints really lie in the fact that the music (or score rather) was composed in a way that is hypnotically tranquil. Because of this and the fact that World Beyond spends much of its time centered on dramatic flashbacks and story telling, I had a hard time concentrating often nodding off before the episodes ended. 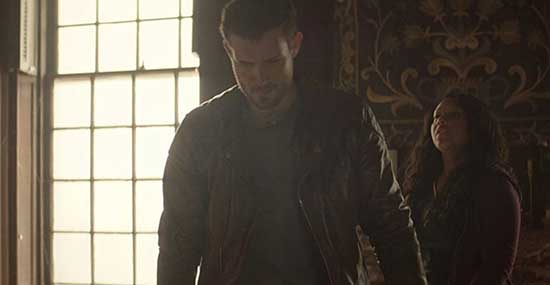 That lethargic feeling continued as I attempted to get thru the first disk even under the influence of a pot of coffee to see things thru for the review. I must confess I gave up after disc one of season 1 (4-5 episodes in) calling it a day and ultimately deciding that despite some great zombie action, this series was not for me.

I tend to believe that lightning doesn’t always strike twice serving as a perfect example as to why every WD offshoot does not always mean a slam dunk. This was the case with “The Walking Dead: World Beyond”. 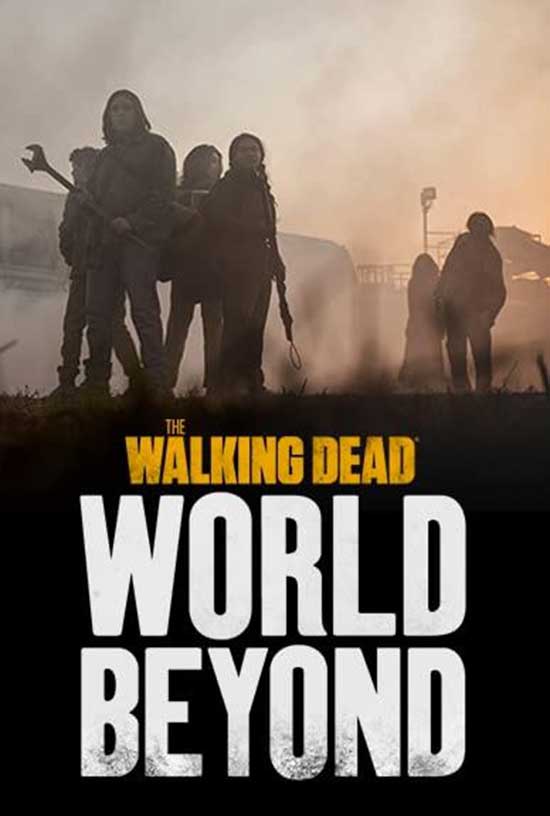 “Fear the Walking Dead” lies somewhere in between the excitement of the original WD and the droll nature of “The Walking Dead: World Beyond”. Though with that said, I’m gonna have to take a pass on this series, as it simply didn’t resonate with me.