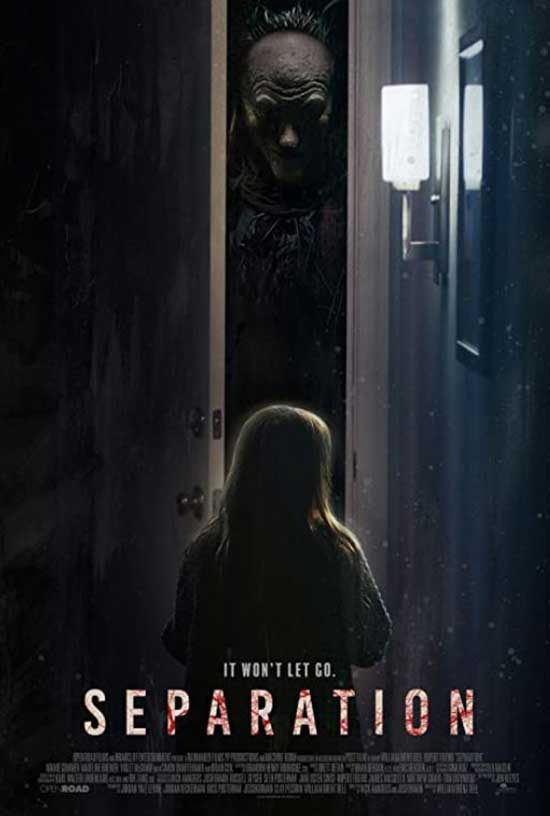 A young girl finds solace in her artist father and the ghost of her dead mother.

“Separation” is the story of Maggie and Jeff Vahn’s failing marriage. Without any context, we are first shown how happy they are supposed to be, but the first live scene with them together in the film devolves into a nasty argument after their daughter, Jenny, is injured while playing in their brownstone.

Maggie goes ballistic, tells Jeff she is filing for divorce, and is taking Jenny with her. The first 20 or so minutes treats the audience to her endless insults and snipes about how worthless Jeff has become and how much she has come to despise him while she has become a prominent lawyer – while working under her father. Nepotism much?

Jeff proves at every turn that, amazingly, he really is lost in himself and going nowhere fast. While he obviously loves his daughter, he cannot even properly function as an adult or even move past his one-time fame as an artist who created a wildly popular comic series that has fallen into oblivion. He fails to stand against the barrage of hatred because he has no legs to stand on.

While ripping her husband another bunghole during a conversation, Maggie, more interested in being a harpy than paying attention to her surroundings, is hit and killed instantly by a speeding vehicle that does not stop or even slow down.

So far, the film has been a fairly basic family drama that felt like “Kramer vs. Kramer” with cellphones, which is fitting as Mamie Gummer, playing Maggie, is Meryl Streep’s daughter.

Now that Maggie is gone, strange things start happening in the brownstone as Jeff is buried under pressures of his previously-lax parenting skills, lack of an income, a father-in-law as savage as Maggie, a daughter who reverts to baby talk, and a nanny who wants more than a simple paycheck. No wonder he is starting to see dark figures in the shadow corners of his home, which is more of a cage for him at this point.

Even when he takes on a basic inking position at an old friend’s comic company, his frightening visions begin to dominate his work, his nights, his mind, and, to his shock, his own daughter. 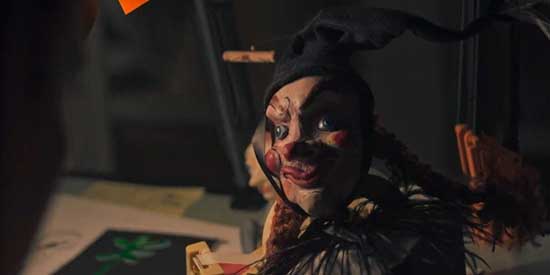 So much to work with here. You have a guy suddenly at odds with nearly every aspect of his life while being solely responsible for a daughter he fears losing. He could be losing his mind, his grasp on reality. Perhaps his own sense of guilt and/or shame is manifesting into a power that wants to destroy any chance at happiness.

Or it could be the malevolent spirit of Maggie attempting to take away the daughter at any cost.

Unfortunately, “Separation” goes with the handy option of a haunting. A haunting that employs all the visual/shock elements you’ve seen in the “Insidious” series or the “Sinister” films or the seemingly endless “The Conjuring” franchise as well as the crab walk from the original 1973 “The Exorcist” with pinches from “Jacob’s Ladder”, “The Babadook”, “Mama”, and so many more films in recent memory. 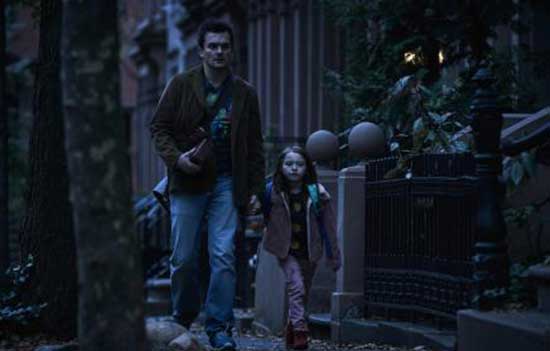 The rehashing of elements done over and over before derail a film that, while not reinventing the wheel, could have taken roads lesser travelled to give the audience a tale that should chill the heart of most parents and make others wonder if parenthood is right for them. What if the filmmakers worked the tale from the daughter’s point of view? Maybe have Jeff question his sanity or his true desire to take on the mantle of responsibility.

“Separation” offers the viewer none of these. Instead, Jeff reacts instead of taking action. He is pushed into doing things simply to counter the actions of other characters in the film. Or, to put it another way, other characters drive him from plot point to plot point. What could/should have been inner turmoil driving his actions to save his daughter and himself becomes a simple progression to a resolution that Jeff’s boss alerts him to by way of outlining the script of the comic Jeff is currently drawing.

The filmmakers behind “Separation” show us they have the skill and budget to craft a dark tale of familial anger that reaches beyond the grave, but resort to tepid reuse of horror ideas and visuals that already make currently fright films feel like cookie cutter productions. So much of this movie promises a film that could rattle your brain as well as your nerves, but falls back on the easier options instead. 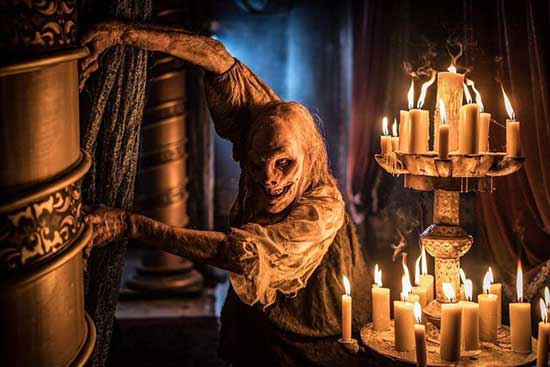 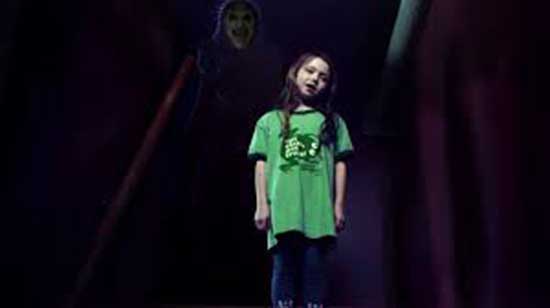 On the upside, the film leans into the fact Jeff is a comic artist and uses lighting and framing in ways that make it feel like a graphic novel come to life. Performances are good even when the characters are not fully-rounded, with Violet McGraw as Jenny giving the best performance. The urban setting has a strong influence on the feel of the film, with a scene in a sunlit park feeling wonderfully surreal even before Jeff has a disconnection with reality.

While “Separation” is watchable for a light horror film, it remains frustrating that, with a little more effort, the film could have been one of the better mind trips of recent vintage. Perhaps if they do the sequel hinted at during the post-credit sequence, it can give these characters and/or situation the intriguing spin this film deserved.