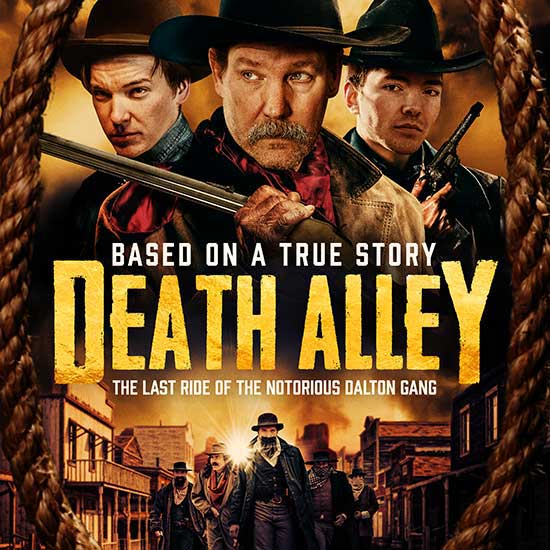 YOUNG GUNS STRIKE BACK THIS AUGUST!
One of the most notorious outlaw gangs of the 19th century, the Dalton Gang terrorized Kansas and the Oklahoma territories. They set out to shock the wild west by robbing two banks in broad daylight, at the same time, in the same town. Based on historical events, this Western shows that action-packed day of October 5th, 1892 and the stand made by the brave citizens of Coffeyville, Kansas.
Josh Outzen, Tristan Campbell, Justin France, Mark D. Anderson, Jake Washburn, Ryan A. Johnson star in a Nicholas Barton film, DEATH ALLEY.
Available on Digital August 3, 2021 and DVD October 5, 2021 from Uncork’d Entertainment.
Share