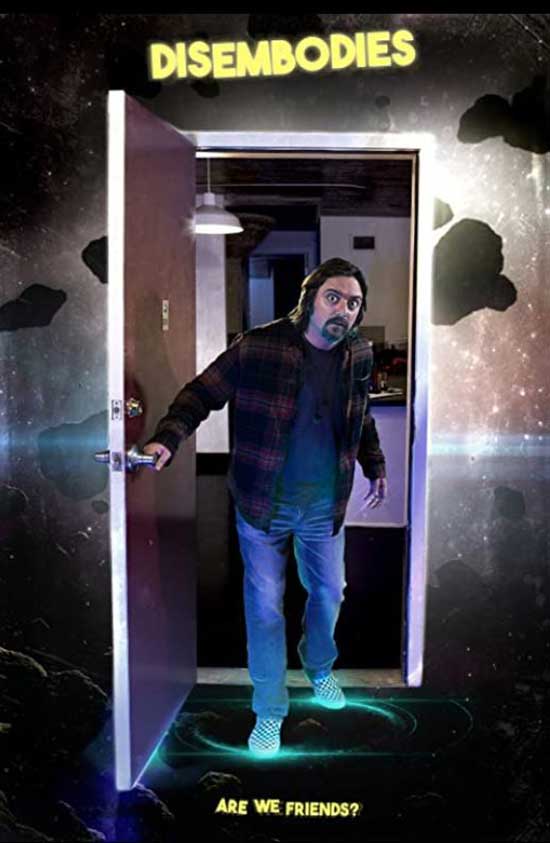 A lovelorn underdog buys a novelty meteorite as part of a romantic gesture to win his ex back, but when the gift proves to have a mind of its own, he must purge himself of the parasitic entity before it consumes him.

Poor Jimmy. His dog has gone to the place where good dogs go, his girl has left him, and he’s all alone.  Video chatting with his buddy Kyle, Jimmy gets called out for trying so hard to win back the girl of his dreams.

Buit see, Jimmy has a plan. They saw a meteor shower on their first date, and Jimmy has found a piece of meteor rock to gift her with, hoping it might trigger good memories.

So this was a lot of fun, you guys. There is everything to like about this film. So much little stuff going on in the corner of your eye, a really fun soundtrack, the special effects are really decent. Our boy Jimmy is played by Brett Brooks, whom some of you may know from the series HALT AND CATCH FIRE.

And speaking of the soundtrack, we have some fun stuff from a band called Johnny Angel and The Spookies. Yes, they are a real band. I found a bunch of their stuff on Apple Music and Bandcamp.

So yea…I’m not gonna oversell this film but I really liked it. You should check it out.