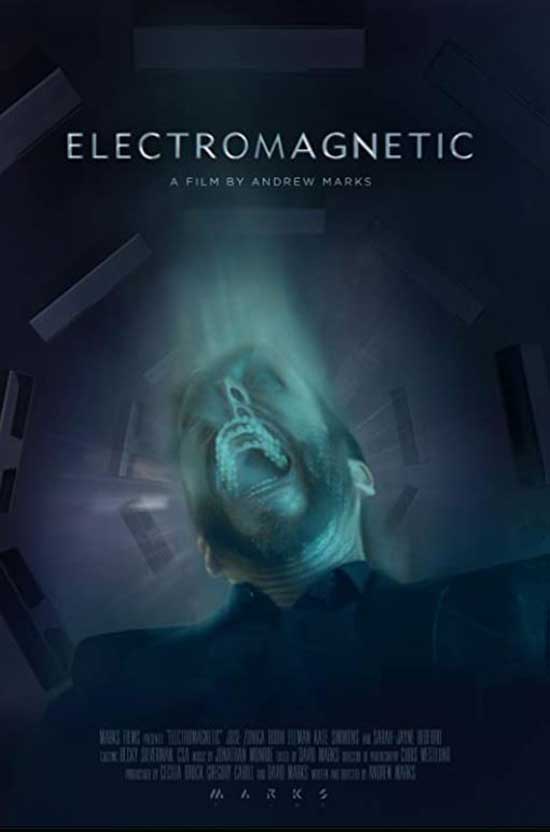 A director and actress pay a visit to an obsessed film editor whose hypnotic soundscapes shatter their perceptions of reality.

Our story opens on Stanley (Bodhi Elfman) and his girlfriend,  Alexa (Kate Simmons) arriving after a film premiere to check in with their sound engineer Tomas (José Zuñiga) as he is completing Stanley’s latest project. Tomas’ wife Zoe (Sarah-Jayne Bedford) is asleep, so they must go to his workshop quietly.

Tomas is obsessed with old skool recording and mixing techniques, and is particularly proud of an almost ancient reel to reel player that he is using to mix the film audio. This is of course why the mix is taking so long, so Stanley is very anxious to hear it.

Now, full disclosure – My partner is a sound engineer and is obsessed with archaic recording equipment. Their studio is like a freaking museum. So as we enter Tomas’ studio in the film, I recognized a lot of what was there.

I also know just what sort of shenanigans one can get up to with this sort of recording gear. While the cast in this film are all great (I mean I’m not gonna bother listing their credits. Pick something, and you’ve probably seen one of these people in it. Great pedigree on this cast), the real star of this film is the sound edit and mix.

I looked up the sound engineer for this film, a man called Andy Sisul. You might not know that name, but you’ve heard his work. Like the rest of this cast, pick something…this guy probably worked on it.

I cannot love this film enough for the production quality alone. So much good stuff in addition to that, though. The acting is wonderful, the video quality is great. And did I mention the sound mix?

You gotta see it, kids. Just check this one out when you get a chance.