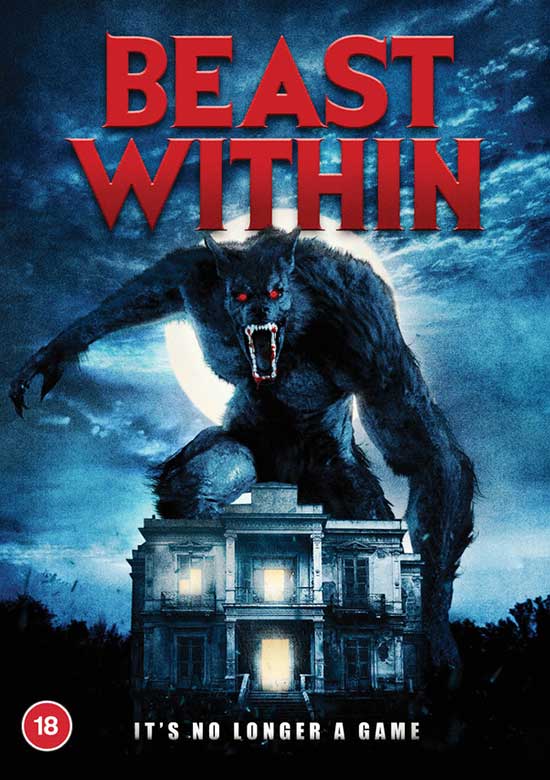 Danse Macabre is pleased to announce the UK and Ireland release of BEAST WITHIN, a murder mystery with a werewolf twist that will arrive on DVD and Digital on August 2nd 2021.

Steven Morana (Whiskey Business) and Holly Deveaux (The Mist) star as a young couple attending the launch party of their gaming app Werewolves Awaken. But when a guest is brutally murdered everyone becomes a suspect in a deadly real-life version of the game.

are impressive”
– Ready Steady Cut
BEAST WITHIN won several awards on the festival circuit including Best Horror at Hells Kitchen (USA), Best Monster at Hexploitation (Canada) and Best SFX at Spooky Empire (USA).
UK supermarkets Tesco and Asda are supporting the DVD release whilst the film will also be available to download or stream from Sky Store, Amazon Prime, Googleplay, i-Tunes, Microsoft and Youtube.

BEAST WITHIN – TRAILER from Jinga Films on Vimeo.