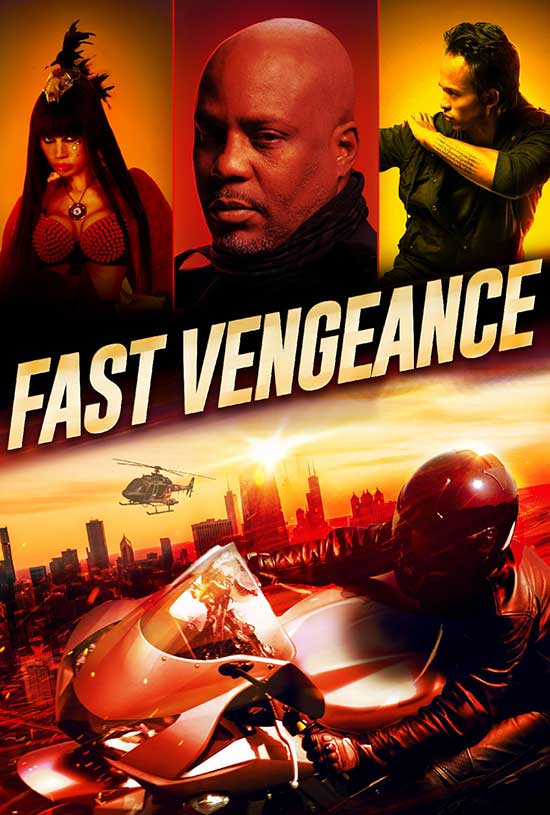 PREMIERES ON DIGITAL, BLU-RAY™ AND DVD
August 17, 2021 FOR WATCH-AT-HOME
This summer, action-packed thriller FAST VENGEANCE, starring D.Y. Sao, Natalie Burn, Bai Ling with DMX and Jeff Fahey, debuts on major digital platforms, Blu-ray and DVD on August 17, 2021 from Shout! Studios.
Upon hearing of his brother’s death, a man named Shen returns to his old stomping grounds to find the men responsible and take justice into his own hands. He learns that a biker named Cobra and his ferocious gang, The Midnight Squad, were the ones responsible … but to get anywhere close to them, he must enter the dark, turbulent realm of underground motorcycle racing.
Enlisting the aid of a drag racing champion-turned-mechanic, Shen must compete in the high-stakes races where he will have one chance to confront Cobra. But when Shen’s plan is revealed, he must battle both on the streets and in the ring to obtain his final revenge. Featuring hip-hop legend DMX (Belly, Romeo Must Die), Fast Vengeance is a high-octane action thriller with style — and rubber — to burn.
Share