Nashville composer and songwriter Stewart Eastham releases his album ‘Human No More (Original Motion Picture Soundtrack)’, featuring music he composed for the feature horror film of the same title. The lead single ‘The Calamus’ is out now on all streaming platforms.

Eastham was previously known for writing razor sharp lyrics over country flavored rock n roll songs, but this album marks his first fully instrumental album.  While it might seem like a big leap for a Nashville songwriter to compose the score for a horror film, Eastham slides easily into the role with music that is both haunting and beautiful. 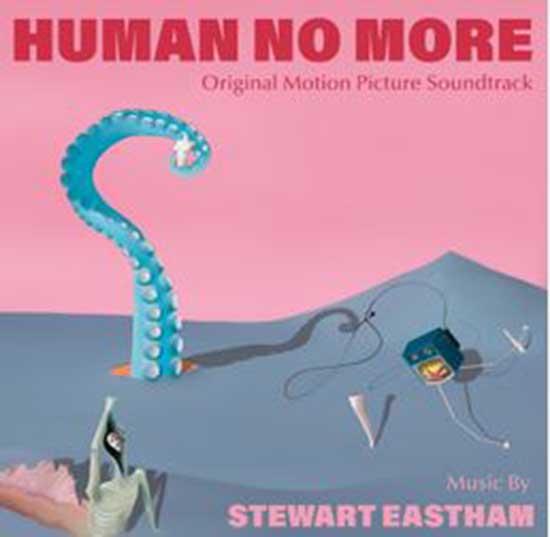 To sum up the track in one word would be: ‘obsession’. The cyclic nature of the song represents the endless quest one embarks upon when becoming obsessed with something. The listener goes on this intense journey, but then ends up right back where they started.

This track was originally written in the midst of the pandemic for the feature horror film, ‘Human No More’. Stewart says, “I had to record the entire thing at my home studio in Nashville.  Being written and recorded in such isolation, I think that mood transferred into the music itself. I poured my own melancholy at the state of the world into this track, and I hope that the audience can feel the quiet desperation in the music.”

The scene in the film over which this track plays has elements of both melancholy and mystery. The aim of the piece was to create something that conveyed a sense of melancholy, but in a non overly sentimental manner. The melancholy builds until the acoustic guitar kicks in. The finger picked acoustic guitar is used to convey a sense of mystery as it holds on one chord, building up tension as descending synth lines are used to represent the lead character’s descent into obsession.

The tension breaks as a driving piano melody begins. Even though the piano melody is “pretty”, there are hints of darkness with spooky ambient synth sounds. The final section of the song circles back around to the beginning of the track…returning to the melancholic piano/cello melody that starts the piece.

Having grown up surrounded by music, Stewart initially played in rock bands as a drummer. After switching to rhythm guitar, he became the frontman of rock band Day Of The Outlaw. Moving to Nashville in 2021, he put out three albums under his own name in the Americana genre and scored some film and video projects over the years. Human No More is Stewart’s debut feature film score, capturing his talents as a multif-faceted musician, as well as his passion for film.

Eastham breaks completely free of Nashville’s structural constraints composing 12 tracks that range from ambient soundscapes to full blown orchestral pieces. Though originally written for the 2020 horror film Human No More, the album stands on its own even without the visuals of the film.  It paints a vivid, and often terrifying, portrait of a murky underworld where a lone wolf detective crosses paths with a possible serial killer harboring a personal vendetta.

LISTEN TO THE FULL ALBUM ‘HUMAN NO MORE’ HERE