Portland Horror Film Festival made history last year by being the first horror genre festival in the US to offer isolated horror fans much needed relief and community by taking its program entirely online. This year, Portland Horror Film Festival is back again with 5 days of screenings at the newly reopened Hollywood Theatre, as well as an entire 9 day schedule of streaming films.

The fully hybrid event runs July 28-August 5, and horror Fans can soak up a diverse, international and inclusive lineup of more than 80 short and feature films, live Q&As, interviews with Horror icons, and pre-recorded content during the 9 day event.

In addition to showcasing independent horror filmmakers, Portland Horror Film Festival firmly believes that representation matters. In the wake of the Black Lives Matter movement that engulfed Portland last summer, directors Gwen and Brian Callahan developed an outreach program to make it easier for BIPOC Directors to submit their films. It has already paid dividends and the diversity of films that were submitted was profound. PHFF is truly excited to present even more amazing horror films made by Black, Asian, Latinx, Queer, Indigenous, and Women filmmakers in this year’s lineup.

Ticket sales will also benefit the historic non-profit Hollywood Theatre, the seat of independent cinema in Portland, which had been closed for almost 18 months due to the pandemic.

Streaming is available in the US only. Tickets, films, schedule, and more are at portlandhorrorfilmfestival.com/tickets 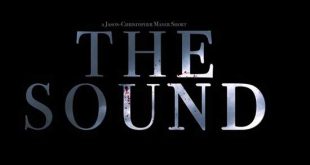