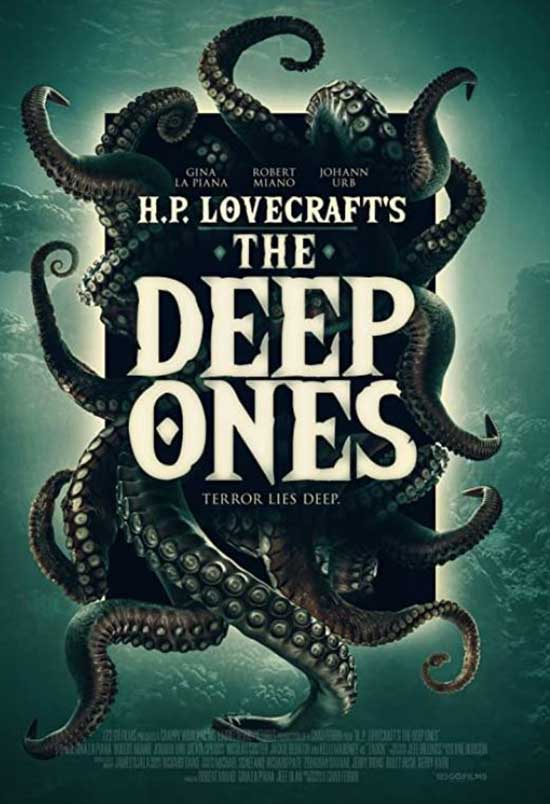 A married couple rents a beach side Airbnb only to be surrounded by peculiar neighbors and occurrences. They soon discover to be in the grips of a mysterious cult and their ancient sea god.

I’ve been an obsessed fan of Howard Phillips Lovecraft since being a boy of 16 and reading The Call of Cthulhu as part of a literary project on the author for high school. I’d also found some fascination growing years earlier after watching Roger Corman’s attempt at bringing the writer’s The Strange Case of Charles Dexter Ward to life under the phantom guise of Edgar Allan Poe’s  poem The Haunted Palace for the 1963 feature starring Vincent Price and Lon Chaney Jr. When I recently caught word that Chad Ferrin and many others of the team behind the deliriously goofy and satiric chiller Exorcism at 60,000 Feet were next setting their sights on a Lovecraft project, it was an easy sell for me to view. To really take an honest stab at the dark house and world of Cthulhu and the Great Old Ones, a penchant for largess and overtly visual is needed and Ferrin and company exude that in spades. Now, the usual obstacle toward doing a filmization of a Lovecraft work is in having the ample budget to show the visual of the netherworld Cthulhu and the Great Old Ones inhabit. True that an eye for spectacle, even of the grotesque variety, is a key in luring viewers into the story. Still, it can be argued that the idea of less is more as avoidance of seeing the dreaded beasts in full light leaves the moviegoer’s imagination to run in full force and do much the same as full effects could, hooking them in completely. This latter blueprint is what Ferrin does so well.

The plot, scripted by Ferrin and based mainly on Lovecraft’s 1931 novel The Shadow Over Innsmouth, borrows a bit from other horror works. I could not shake the feeling of a Rosemary’s Baby influence over the events unfolding. A couple, vacationing in an air bnb within a small coastal community, are unaware that the town is entirely comprised of a cult that has targeted the pair for a ritual worshipping an ancient sea god. There’s also elements of the 80s cult classic Humanoids From the Deep in having the creature need to copulate with human female victims as part of a hybrid reproduction. A scene with the scaly humanoid beast (reminiscent of the golf ball-eyed monstrosity of Arthur C. Pierce’s 1966 Destination Innerspace, only more elaborate) on top of the leading lady in one sequence makes for a rather grisly view and one of the highlights of the piece. 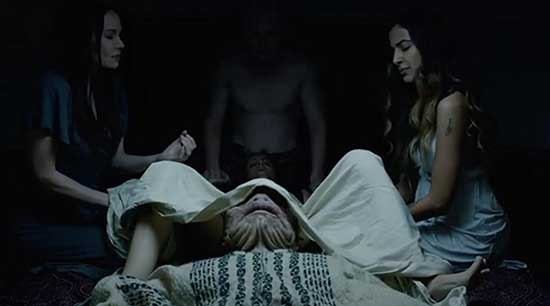 Where Ferrin excels here is both making the most of, and masking where necessary due to limitation, the estimated $1,000,000 budget he purportedly had at his disposal. The word estimated is usually the parlance in the business for a total that is one part principal shooting funds and three parts marketing/publicity/everything else. It is safer to say Ferrin had decidedly less than seven figures to play with. But he covers by utilizing extensive night shooting and restraining from the urge to show the sea god in full glory until it is crucial to do so. Whenever the beastie is required to show, Ferrin skillfully leans on the practical effect to stretch the feel  major expense much more than many of his contemporaries would. Whether it be slime-covered tentacles or gilled body suit, the realism of the effect becomes palpable and just one more lure to reel in the fans. It also hurts little to have the ability to shoot on locations such as was done here in Ventura, California. Picturesque and quaint is a nice cover for malevolent terror to build under. 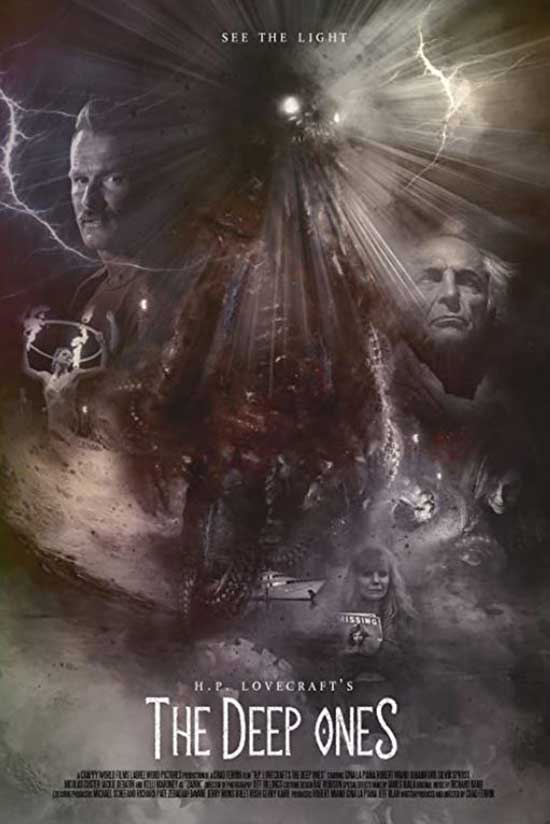 The one issue I had with the film, and it is not a small one, is having the hero and heroine imbued with the level of naiveté they had. It stretches credulity to the breaking point when you have moments like accepting a house call from a local doctor for a physical exam at the rental you are staying at. Even with the exposition that the woman had a recent miscarriage, one would still expect her to say “No thanks. If and when I feel the need for an exam, I will set it myself and it will be in an actual doctor’s office!” The husband seems immediately preoccupied with the mysterious hosts and oblivious to their odd behavior. Too easily is he downing the local homemade wine (drugged, of course) and appearing to forget he has a wife left alone in the rental. 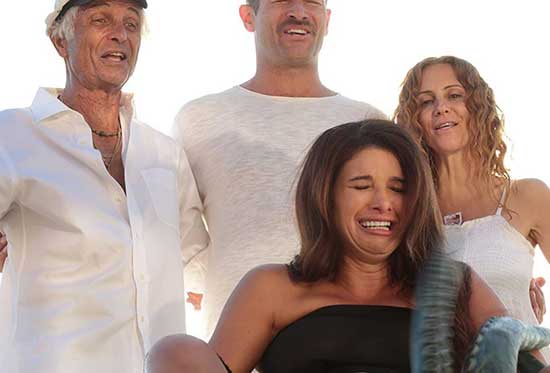 Performance-wise, Robert Miano follows up his terrific world-weary priest turn from Ferrin’s earlier Exorcism at 60,000 Feet with another intriguing, crusty mystery man role as the cult leader Marsh. Silvia Spross is a creepy delight as Marsh’s partner Ingrid. B veteran Kelli Maroney (Night of the Comet, Exorcism at 60,000 Feet) shows up in a small but chilling role as a mother whose daughter has become victim of the cult. Film and tv character great Nicolas Coster lends his peerless presence as one of the elders. Even actor and producer Robert Rhine has a fun bit as the town cabby Buck Hooper. Even as I struggled with how the two leads were written as naïve, I did find the energy from, and see a certain fun knowing of the material surrounding them, stars Gina La Piana and Johann Urb that appealed immensely. Both have strong likability and a chemistry often lacking with other bigger stars and works. 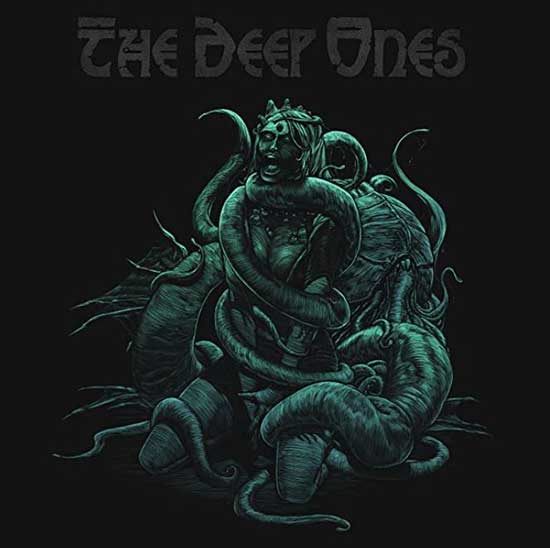 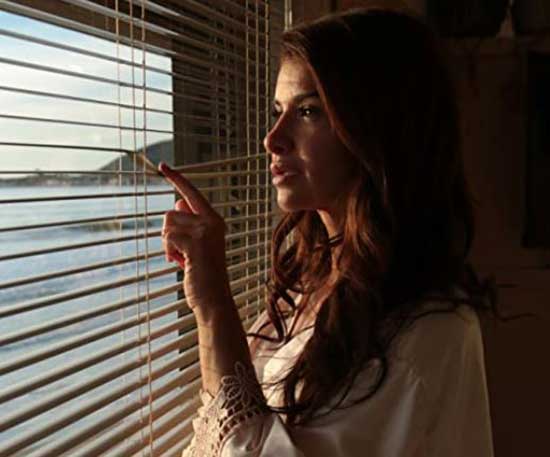 If you are looking for more deliriously gory, wild fare from talents who have just the right idea for what entertains a horror audience and are willing to stretch suspension of belief a bit more than even usual, The Deep Ones is the perfect entry for your latest chill tv night.