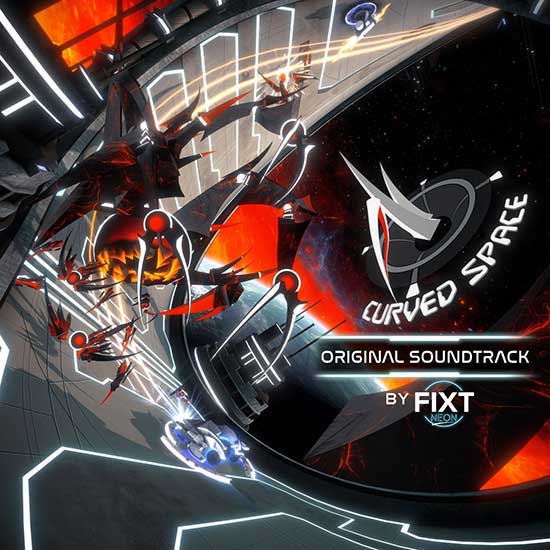 California – FiXT Neon is proud to provide the official in-game soundtrack to the arcade-style twin-stick shooter, Curved Space. The game is available today on Switch, Playstation, Xbox, and Steam via game studio Only By Midnight and game publisher Maximum Games. The official game soundtrack is available today via FiXT Neon on all music stores for purchase or stream.

Featuring over 20 songs from Scandroid, Fury Weekend, 3FORCE, and Cassetter, and remixes from Daniel Deluxe and Dance With The Dead, Curved Space takes this traditionally 2-dimensional genre and puts a unique spin on it. Climb walls, flip over to the other side of your environment, and experience breathtaking vistas. Collect a plethora of abilities and test your twin-stick mechanical prowess as you climb the leaderboards.

Battle cosmic space-invading spiders across curved landscapes where bullets hug the terrain while the horizon drops sharply out of sight, while enjoying a high-octane soundtrack of cyberpunk and synthwave tracks.