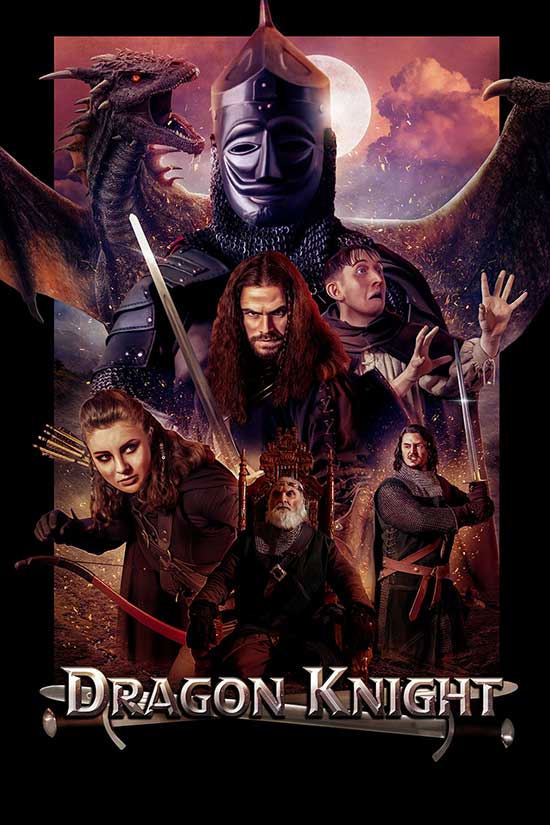 Best known for horror movies such as Lord of Tears and The Devil’s Machine, the Kirkcaldy-based team behind Hex Studios have announced a move into fantasy with their latest project Dragon Knight.

Based on an original concept by studio founders Lawrie Brewster and Sarah Daly, Dragon Knight is a gritty fantasy epic, set in the dystopian lands of Agonos, where a lone knight must embark on a perilous quest to save the world from a great and growing evil.

The film is set to feature hundreds of costumed extras, epic battles, an array of stunning Scottish locations, and visual effects to rival any Hollywood blockbuster.

The Hex Studios team has just shared a first look at the project, with an action-packed trailer revealing the grand scope of the film. They’ve also launched a crowdfunding campaign to help finance the film by making a host of exclusive rewards available to backers, including Special Editions of the movie, exclusive T-Shirts, miniatures of the film’s cast, and even production credits. So, if you’ve ever wanted to be a movie producer, now is your chance!

According to director/producer Lawrie Brewster: “Dragon Knight is Game of Thrones meets Braveheart! It’s an incredibly ambitious film that looks set to transform the indie film landscape in Scotland, showcasing the best of home-grown talent as well as all that the country has to offer in terms of natural beauty and historic architecture. But to make this dream a reality, we need the backing of fantasy film fans, so if you want to get involved, and see the film brought to life, please check out our crowdfunder, and pledge today!”

Screenwriter Sarah Daly says of the project: “I’ve been a massive fan of fantasy ever since I was a child reading The Lord of the Rings, or watching The Neverending Story, so it’s a dream come true to have the opportunity to create my own fantasy world for Dragon Knight. I’m honoured and excited to see my story brought to life so beautifully by our cast and crew. What we’re attempting with Dragon Knight shouldn’t be possible, but with a lot of hard work, dedication, passion, and some help from the fans out there, we can make it happen!”