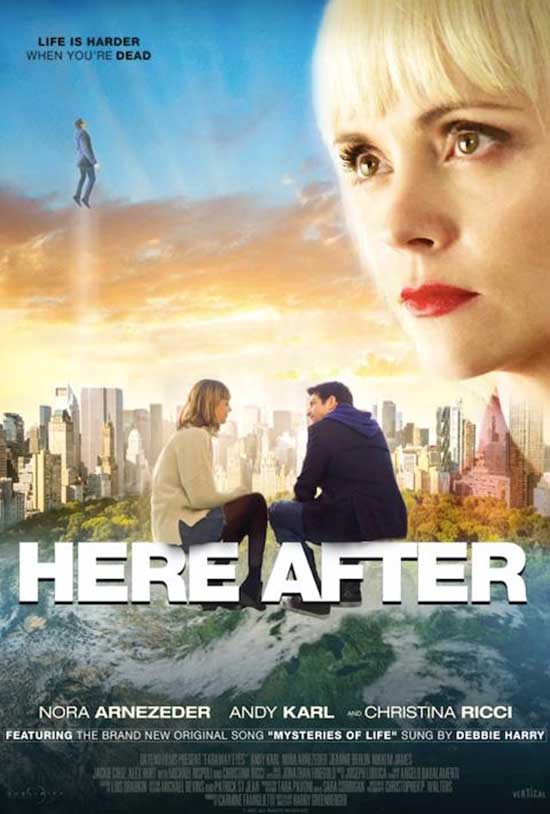 HERE AFTER
Life is harder when you’re dead

A struggling actor, Michael, dies right after a bad breakup, awakening to a singles Purgatory where he must find his soul mate in order to cross over to the other side. With limited time to find true love among other recently deceased single New Yorkers, Michael must navigate the new customs of a ghostly dating life…as if dating in New York wasn’t hard enough already. When he meets the woman of his dreams, who happens to be alive, Michael must figure out how to cheat the system to cross over with her.

HERE AFTER stars Christina Ricci, Andy Karl, Nora Arnezeder, Jackie Cruz, and Michael Rispoli. It was written and directed by Harry Greenberger and produced by Greenberger and Carmine Famiglietti. The film has a running time of 121 minutes and will not be rated by the MPAA. HERE AFTER features the brand new original song “Mysteries of Life” sung by Debbie Harry. Vertical Entertainment will release HERE AFTER On Demand everywhere on July 23, 2021.