WOE arrives on Digital, On Demand and DVD 6/15

FROM THE PRODUCER OF CABIN FEVER
W O E 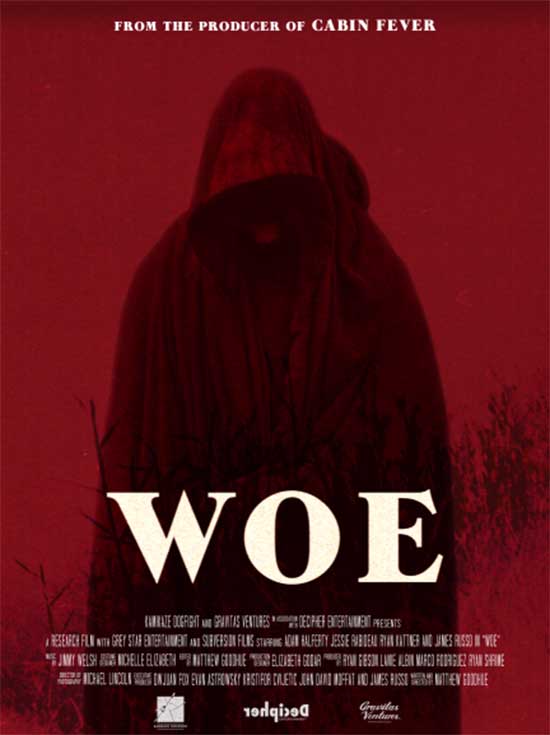 A brother and sister stumble upon their father’s secret one year after his death.
They soon learn that this secret may not be his alone.

Writer/director Matthew Goodhue’s terrifying WOE premieres on DVD and Digital June 15 from Gravitas Ventures and Kamikaze Dogfight.
One year after their father’s death, Charlie endlessly repairs the old family house while his sister, Betty, decides to sell their father’s car without her brother’s consent – the same car their father committed suicide in. As the two avoid confronting their prolonged grief, mental health, and each other, a hunchbacked creature shadows their every move. Their estranged Uncle Pete, believed to be dead, claims to have answers – if only Charlie and Betty would get out of their own heads and accept help.
Adam Halferty, Jessie Rabideau, Ryan Kattner and James Russo star in a spinechilling new film from Matthew Goodhue.
Share