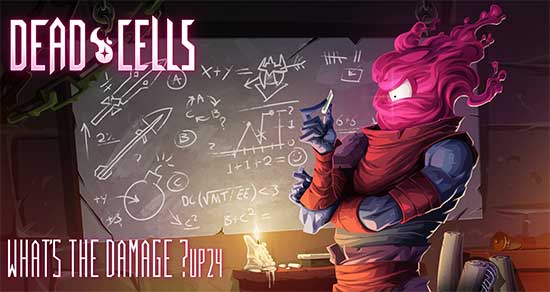 Motion Twin and Evil Empire today released the 24th update for Dead Cells, What’s The Damage?, on PC, with the console version coming at a later date

What’s The Damage? Find Out In The Newest Dead Cells Update
Rebalanced weapons to slash through enemies with and updated locales to meet said slashed enemies in
High Peak Castle (June 10, 2021) — Motion Twin and Evil Empire have today released Dead Cell’s 24th update, titled What’s The Damage? The damage is… pretty good, as this update is packed with balance changes, adjustments to existing biomes and additional modder support, all to make your runs just a bit spicier. The update is available now on PC and will be coming to consoles at a later date.
The update seeks to rebalance weapons in order to bring weaker ones up to par with some of the stronger options. Slamming your enemies in the face with an entire tombstone is nice, but variety is the key here. There are over 90 changes to various weapons in the update, all of which are detailed in the link to the patch notes below.
Additionally, the Derelict Distillery and Fatal Falls biomes have been updated with new rooms and adjustments in order to make them feel more alive than ever.
Finally, new room creation is now possible for modders, as Dead Cells now has integration with Tiled, a free, open-source level editor. The possibilities are truly endless.
As always, the complete list of updates can be found here:dead-cells.com/patchnotes
Winner and nominee for dozens of Game of the Year 2018 awards, Dead Cells is a critically-acclaimed roguelite metroidvania action platformer set within an unpredictable castle packed with dark secrets, game changing items and hordes of deadly beasts. Players face tough risk-reward decisions, building their loadout from an incredibly diverse arsenal of weapons and abilities in the hopes of dodging the castle’s omnipresent threat of permadeath. A steady series of post-launch updates addressing fan feedback has evolved Dead Cells, keeping its action-centric adventure as surprising as it is rewarding.
For the latest on Dead Cells, be sure to follow @motiontwin on Twitte
Share