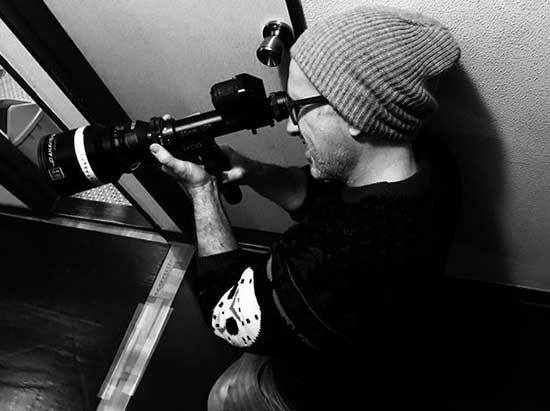 Stewards of two of the most iconic and successful horror franchises of all time (“Saw” and “The Conjuring”) are uniting as its being revealed today that Darren Lynn Bousman (“Spiral,” “Saw” franchise) will direct the leadoff film in a horror franchise built around around the infamous house and property known as The Lalaurie Mansion – one of the most haunted houses in the world.  Chad and Carey Hayes, creators of “The Conjuring” franchise, teamed with Faster Horse Pictures, the film and TV production and financing outfit founded and run by Cindy Bond, Doug McKay, and Michael Whalen, to build this new horror film franchise.

Bousman’s most recent addition in the Saw universe, SPIRAL (Lionsgate), starring Chris Rock and Samuel L. Jackson, opened as the #1 film in the U.S. and held the top of the box office for its first two weeks in theaters, ushering the franchise across its billion dollar box office milestone in the process.

“Joining this project is a dream come true for me.  For as long as I can remember I have been obsessed with the paranormal.  Anyone who studies the supernatural knows the legends and lore of the LaLaurie Mansion.  It’s the holy grail of these types of environments.  Recently I was allowed access to the house, and was able to stay there with the Hayes brothers.  There is no way to articulate my 72 hours inside those walls. The house consumes you.  It’s history cripples you.  The Hayes Brothers have crafted such an emotional, suspenseful, and scary narrative that I cannot wait to introduce the world to this unbelievable location,” added Bousman after his recent stay in the infamous mansion.

Chad and Carey Hayes are the creators of the mega-successful Conjuring Universe, which has grossed nearly $2 billion dollars, making it the most successful horror franchise of all time. The highly anticipated next chapter THE CONJURING: THE DEVIL MADE ME DO IT opened last weekend as the #1 film at the box office, bringing in $24 million in ticket sales, exceeding projections.

“Not only is Darren an incredibly creative director, but he also knows how to build a franchise. We are beyond thrilled to have him on this one, and can’t wait to see what he brings to the screen,” added the Hayes Brothers.

Despite there being no public access inside the property since 1932, thousands of people travel to New Orleans each year just to get a roadside glimpse of the notorious home known as one of the most active paranormal sites in the world. It has captured the imagination and curiosity of everyone who’s heard its disturbing story.

The stories will unfold in multiple installments covering the history of the house from recent horrific events of modern day all the way back to the terrifying origins of the house’s history and its crazed owner, Madame Delphine LaLaurie.

Though well known in popular culture the infamous Madame LaLaurie has never been given the detailed, extensive deep dive that this film has planned, including the exclusive right to the home itself, which is owned by producer Michael Whalen.

The LaLaurie Mansion films are being produced by Cindy Bond, Doug McKay and Michael Whalen as well as Chad and Carey Hayes. Joshua Ryan Dietz and Dylan Bond are executive producers. Local historian Andrew Ward is consulting on the project.

“We couldn’t be more excited to bring together the forces behind two of the most successful horror franchises ever to shepherd what we see as the next great horror franchise. An unbelievable number of horrific true events have taken place in the house during the last 200 years and it’s high time the victims of these crimes have their story told,” added producer Doug McKay.

The Hayes Brothers wrote the screenplay in the house, and the production will shoot portions of the film on-site as well, including an extensive amount of behind-the-scenes footage, giving the public an intimate look into the terrifying house that has captured the attention of so many.

Where it has been waiting for Frank Nichols….