The Wraith arrives on Blu-ray 7/20 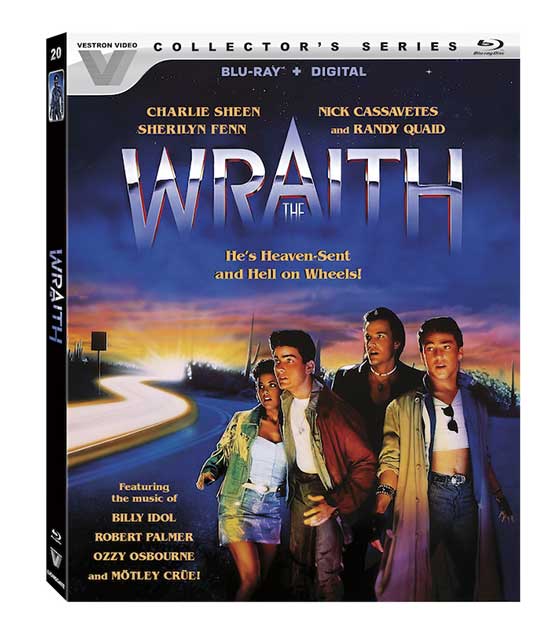 A new edition to the Vestron Video Collector’s Series, the thrilling, iconic 80s film The Wraith arrives on Blu-ray™ (plus Digital) July 20 from Lionsgate.

OFFICIAL SYNOPSIS
Charlie Sheen, Nick Cassavetes, Sherilyn Fenn, and Randy Quaid star in this turbocharged cult classic! When four glowing orbs crash into each other over the Arizona desert, they leave in their wake a badass Dodge Turbo Interceptor — and its enigmatic, helmeted driver. The next day, the mysterious Jake (Sheen) appears in the town of Brooks, catching the eye of Keri (Fenn) and the ire of Packard (Cassavetes), the ruthless leader of a gang of street racers. When gang members start losing races — and lives — to the Interceptor, the recent death of Keri’s boyfriend suddenly seems connected to the arrival of Jake, the unbeatable car…and an avenging entity called The Wraith.