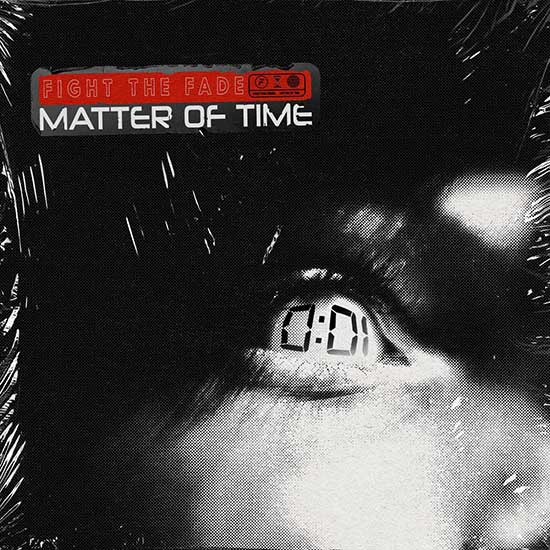 Fight the Fade have released their heavy new rock single “Matter of Time” today across all DSPs along with an official lyric video, via independent electronic-rock label FiXT.

“This song goes out to anyone who thinks they’ve gotten away with a two-faced lifestyle. It is a song about truth making itself known, as it always does.  Sometimes it’s just a matter of time.”  – Fight The Fade

“Matter of Time” delivers everything fans love about the rock group, bringing gorgeously melodic vocal hooks with symphonic and electronic elements together with thunderous percussion and powerful guitar riffs. The result is a carefully calibrated and consistently stunning creation.

Fight The Fade currently reach over 300,000 monthly listeners across streaming platforms, following the release of “Cut & Run” and “Old Wounds”, the group’s debut singles with FiXT. Fight The Fade has quickly gained heavy editorial support from Spotify with playlist features including Kickass Metal, Rock Your Body, and New Core, as well as prominent editorial support from YouTube Music, Yandex, and others.

Known for pulling together influences from rock, metal, and electronic music, Fight the Fade has forged an unmistakable sonic identity that wraps heartfelt lyrical themes within a robust production style and delivers them with nuanced and diverse writing approaches. The band’s work ethic and innovative blend of genres led them to an album deal with independent electronic rock label FiXT in late 2020, and Fight the Fade is currently release singles throughout 2021, leading to a full-length album in the Fall.