TERROR FILMS Teams with FILMISNOW for the Release of Twenty-three Horror Titles! 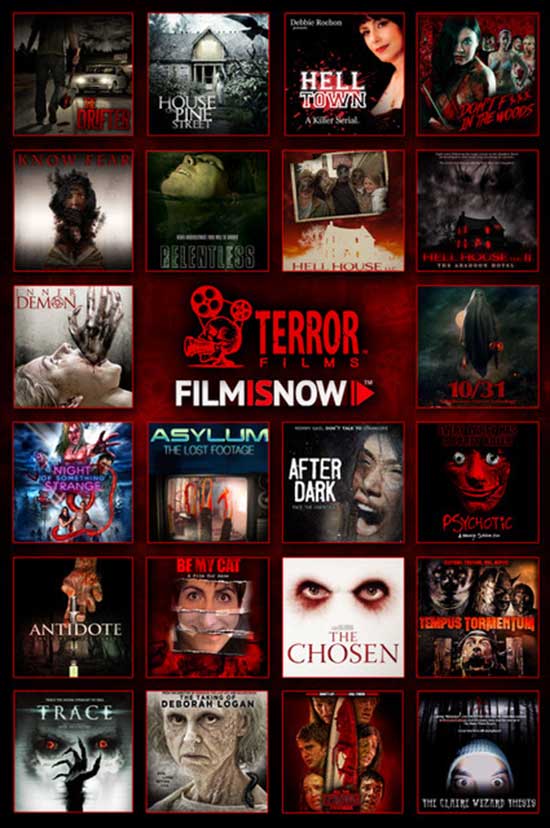 FILMISNOW is a leading European YouTube network that encompasses ten movie-related channels. Combined, the channels have a total of over 8.5 million subscribers! They are an international company that specializes in movie-related content including: production, distribution, and movie marketing – in four different languages. FILMISNOW entered the AVOD market at the beginning of 2020 and already has over 300 titles online, with more on the way.

Terror Films’ President Joe Dain spoke of this partnership, recently. Dain says of the new team: “this is one of many steps we have been taking to pave the way for: more direct platform relationships, to expand our digital footprint and to improve revenue streams for our filmmakers. This collaboration also helps us chip away at our need for 3rd party film aggregators.”

The initial launch will consist of twenty-three films from this genre label’s library. The intial film slate will include fan favorites such as The Taking of Deborah Logan (2014), Inner Demon (2014) and Hell House LLC (2015).  As well, TERROR FILMS’ original productions, The Chosen (2015) and Trace (2015), will be included in this original slate. A promotional banner has been provided by TERROR FILMS, to show the entire catalogue, which will be moving to FILMISNOW, shortly.

To learn more about FILMISNOW and their network of channels, visit: