The seventeenth edition of Fantaspoa was again a landmark for the long-running Brazilian genre festival. Due to the ongoing Covid-19 pandemic, Latin America’s largest genre film festival celebrated its second online edition, with free access within Brazil to all festival content. In total, 160 films from over 40 countries were exhibited, including 57 features and 103 shorts. The massive virtual event took place from April 9th through 18th on the Brazilian streaming platform, Wurlak — and the festival proudly presented fourteen masterclasses along with 29 Q&As with filmmakers from around the globe.

According to festival directors and producers João Fleck and Nicolas Tonsho, this was the finest edition of the festival they’ve presented thus far, even with the ongoing pandemic. Fantaspoa 2021 proudly received a special grant from the Brazilian government which was offered to relevant cultural events amidst the Covid-19 pandemic and, therefore, all festival content was offered free of charge in an attempt to combat social isolation through digital gatherings 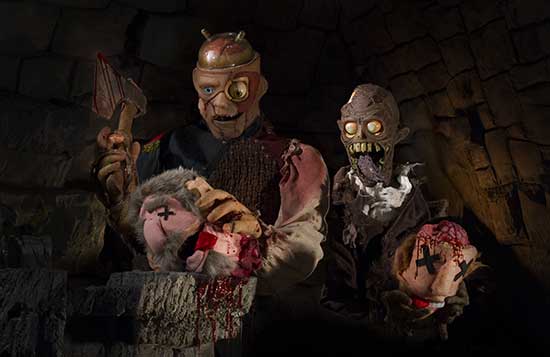 In spite of the many online events taking place simultaneously in Brazil, the festival tallied its largest audience in its seventeen-year history: with a record-breaking 85,000 virtual attendees.

The winners awarded at Fantaspoa 2021 are as follows:

Best Direction:  Rodrigo Aragão (The Cemetery of the Lost Souls)

“For the way in which it portrays the characters and themes of the female universe in fantastic cinema, and for the aesthetic construction of its images.”

The Nose or the Conspiracy of Mavericks

“For its complexity and masterful animation.”