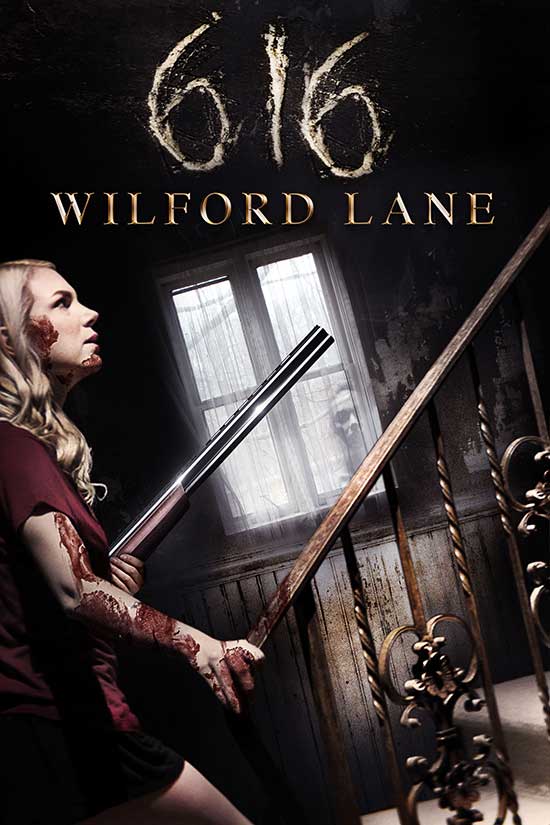 As a grieving family moves to a beautiful suburban mansion after a recent tragedy, they quickly discover haunting secrets buried inside the walls of their new home. #616WilfordLane arrives #OnDemand on 5/18 from @IndicanPictures.
HAUNTING SECRETS ARE BURIED INSIDE THE WALLS OF
616 WILFORD LANE
A Dream Home Becomes an Inescapable Nightmare in the Haunting Film from Co-Directors Mark S. Allen (Apparition)
and Dante Yore (Fear PHarm), Arriving On Demand on May 18th from Indican Pictures

In his directorial debut, Mark S. Allen (Apparition) teams up with horror director Dante Yore (Fear PHarm) to bring audiences the suspenseful horror title, 616 Wilford Lane, arriving On Demand on May 18 from Indican Pictures. Full of unexpected twists and mind-bending surprises, the haunting film follows the Van Patten family as they move to a new town following the devastating passing of a beloved family member.

After watching their family’s matriarch tragically succumb to a terminal illness, Jim (John Littlefield, Hulk) and his two daughters Randy (Jessica Chancellor, Power Rangers: First Ninja) and Staci (Alyson Gorske, Southern Decadence) are ready to start over. When they arrive in Auburn, CA, the family is greeted by the town’s Mayor, David (Oscar® nominee Eric Roberts, Runaway Train) and his wife, and real estate agent Austyn (Jasmine Waltz, “Blade of Honor”) shows Jim a beautiful suburban mansion tucked inside the heart of a gated community. Soon after the family moves in and begins to rebuild their lives with new friends and welcoming neighbors, the Van Patten’s experience unexplainable events and begin to fear that uncontrollable paranormal activities are taking place.

As haunting secrets hidden by locals are soon revealed, they must find a way out of the house before they succumb to the evil buried deep inside its walls. Produced by Mark S. Allen and Howard Burd (Fear PHarm 2), the film also stars Don Scribner (Appleton), Stevonte Hart (“Little Fires Everywhere”), and Jon Herrmann (Deadly Exchange).

616 Wilford Lane will be available On Demand via Apple TV, Google Play, Prime Video, FandangoNOW, and more on May 18.

Synopsis
After the tragic death of his wife, Jim is a single father of two teenage daughters, Randy and Austyn. Uprooting his family from the city to a mansion in the suburbs, the family soon discovers the town’s dark history and the haunting secrets buried inside the walls of their new home.