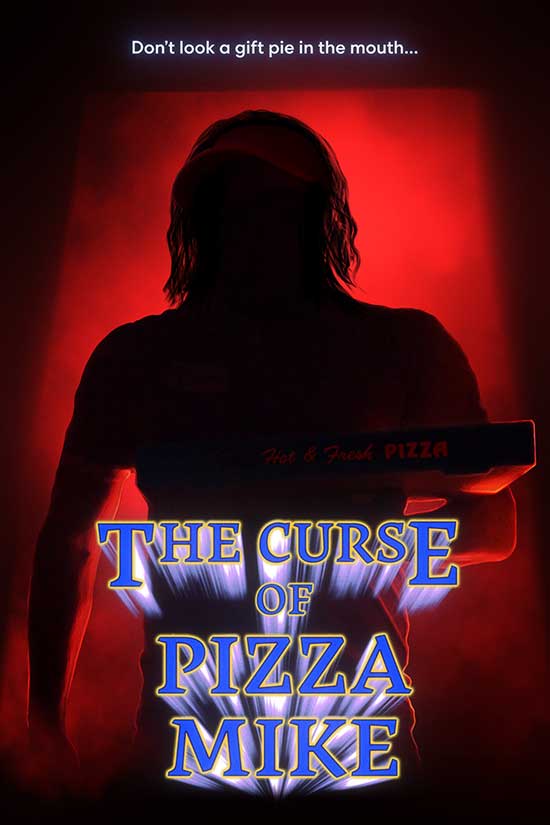 Founded in 2009 by David Sherbrook and Scott Dawson, Infested Films aims to create fun, exciting, and original horror content with a focus on practical effects that harken back to the golden age of horror, when monsters and buckets of blood ruled the world! They created their YouTube channel, Infested TV, in 2015 as an outlet for their high concept, low budget short films, as well as behind-the-scenes content and DIY practical effects tutorials in an effort to share their love of horror directly with the fans.

Following the success of their 2015 short, “The Shed”, Infested TV have brought back their favorite ill-fated couple, Peter and Susan, for another bout of terror and comedic mayhem. “The Curse Of Pizza Mike” is a no-holds-barred horror comedy that plunges the depths of a strange new genre — Pizza Horror

“The Curse of Pizza Mike” is the story of a pizza delivery gone wrong, and the supernatural consequences that follow. After refusing to accept a pizza they didn’t order, Peter and Susan are thrown into a frenzy of madness and absurdity, as Pizza Mike uses his dark magic to terrorize the once-happy couple. You’ll never look at pizza the same way again…

“The Curse Of Pizza Mike” was shot over two weekends with a small cast and crew of friends, piles of latex pizza gore, buckets of tomato sauce, and a determination to push the boundaries of this absurd concept — all done on an insanely low budget.

The film was written, directed, produced, shot, and edited by David Sherbrook and Scott Dawson. In addition, Scott created all of the special effects (practical and digital), and David scored the film.  The film stars Daniel Button, Heather Higginbotham, and Zack Fahe