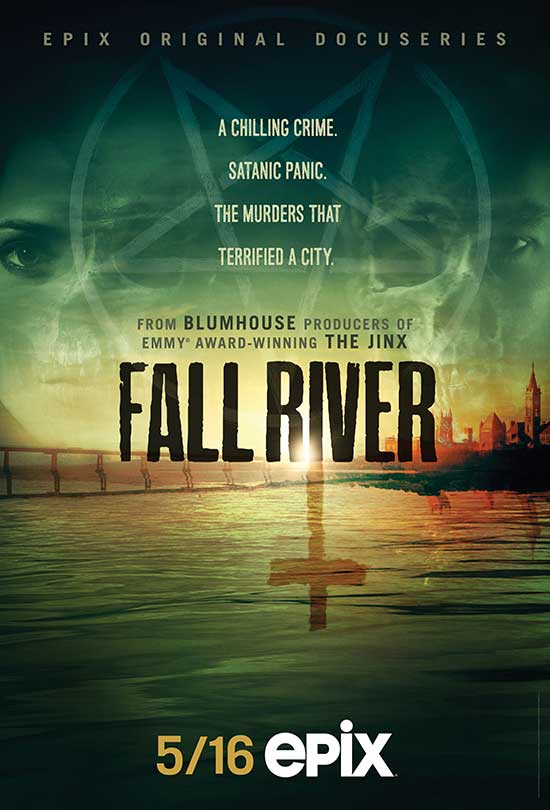 Through a prison interview, Robin Murphy’s harrowing account brings everything into question. Her story paints a picture of corruption and neglect that reveals a truth never before considered. An additional murder is revealed, previously thought to be unconnected to the case, that may put the puzzle together.

While Carl Drew appeals his case, a new witness is discovered who describes one of the murders. Filmmakers return to meet with Robin Murphy a final time. After compiling all the evidence a new possibility is presented that turns the case on its head. As the pandemic disrupts the documentary, filmmakers take their findings to an innocence program.

In 1979 – almost 90 years after infamous, accused murderer Lizzie Borden’s notorious acquittal – Fall River, Massachusetts would become home to another terrifying series of crimes. When three young women were killed in a streak of brutal murders, police alleged a satanic cult was practicing human sacrifice. The cult leader, a man named Carl Drew, was captured and sent to prison for life without parole.

Twenty years after the trial, the lead investigator Paul Carey became so haunted by inconsistencies in the stories that he re-investigated his own case after he retired. Evidence surfaced that brought the entire story into question. Now through exclusive interviews, including intimate conversations with Drew, new witnesses and illuminating evidence, this documentary series will tell the true story of a town caught in the grips of the paranoia and fear around the 1980s Satanic Panic, and will shed light on murders that were thought to have been solved.

Blumhouse is known for pioneering a new model of studio filmmaking: producing high-quality micro-budget films and provocative television series. Regarded as the driving force in the horror renaissance, Blumhouse has produced over 150 movies and television series with theatrical grosses amounting to over $4.8 billion. The company has produced iconic, genre, film franchises like Halloween, Paranormal Activity, The Purge, and prolific films like Leigh Whannell’s The Invisible Man; Glass, The Visit and Split from M. NIght Shyamalan; Spike Lee’s BlacKkKlansman; Get Out from Jordan Peele; among several others. Blum’s television company operates in horror programming – with streaming anthology series like Welcome to the Blumhouse for Amazon and Into the Dark for Hulu – and has also expanded beyond genre with provocative and acclaimed scripted and unscripted series and documentaries, such as The Good Lord Bird, starring Academy Award nominee Ethan Hawke, for Showtime; The Loudest Voice, starring Golden Globe winner Russell Crowe for Showtime; A Wilderness of Error (FX); The Jinx for HBO; A Secret Love, from executive producer Ryan Murphy, for Netflix; and lauded HBO series Sharp Objects, starring Amy Adams and Patricia Clarkson, among others.