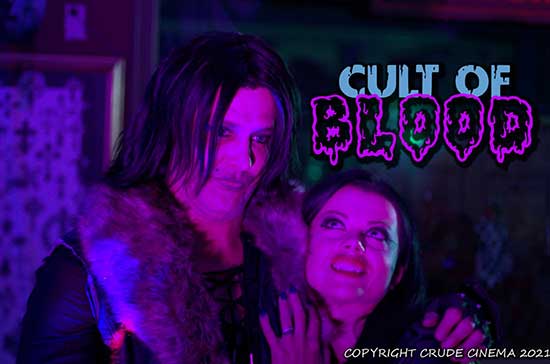 Proven Troma collaborator and creator, Robbie Lopez, is all set for a second batch of filming. With solid principal recordings complete, the team now moves on to the finishing touches with the star studded film, CULT OF BLOOD.

Robbie Lopez (Texas Death Trippin’, Mulligan’s Monsters, Born to Raise Hell) just wrapped on the initial recordings and looks on to complete the film, CULT OF BLOOD, with the assistance of horror fans and supporters throughout the world.

Lopez and Newt Wallen (Angry Video Game Nerd, Hack The Movies) collaborated on the script described as “Green Room meets From Dusk Till Dawn,” CULT OF BLOOD follows a group of online influencers as they set out to “review” a typical night on the town only to be lured into the most insane and blood soaked party of their lives. 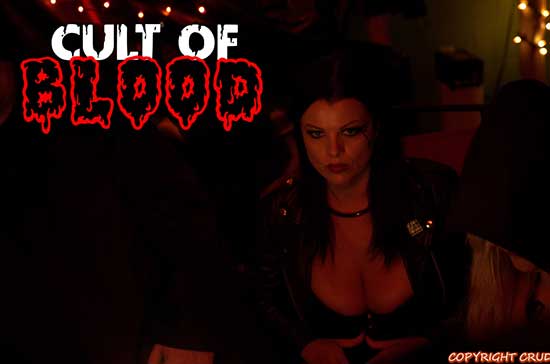 The duo of Mikael Mattsson (Chop Chop, Mr. Bowling Ball) and Kyle Ament (Strawberry Hill, The Best Day of Your Life) shine as the local cops, and Thomas Smith (The Xenophonbes, You Could Never Be Sorry Enough) rounds out the show as the curious book store owner.

A second Indiegogo campaign to raise additional funds is now live! “With the initial campaign a proof-of-concept teaser was included, but this time around, we have trailer using the assets I’ve already shot,” Lopez says. Perks continue to get added daily, and not only can you be in the film, but you can buy a piece of it right now.