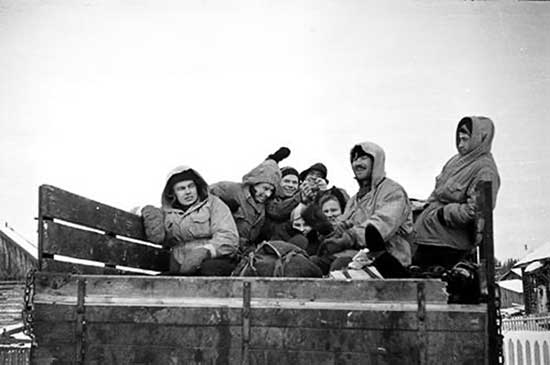 An Unknown Compelling Force is the True Story of the Dyatlov Pass Incident, known as Russia’s greatest unsolved mystery. In 1959 a group of student hikers were attempting a difficult winter expedition in the remote Ural Mountains of Russia when an unknown event lead to the mysterious deaths of all nine. When the team failed to report back, search parties lead by the Soviet Government and fellow students uncovered the grizzly remains of the hikers. Found a mile from their shredded tent, they seemingly fled into the freezing temperatures without their winter clothes or boots. Adding to the mystery, many of the bodies had suffered brutal and inexplicable injuries, and some even showed traces of radiation.

The case was closed by investigators at the time, stating that the hikers died from “An Unknown Compelling Force.” For more than 60 years the story has been shrouded in mystery and conspiracy theories, suggesting everything from UFO’s, murder to a Soviet Government cover-up. British adventure filmmaker Liam Le Guillou travels under the radar to Russia in search of answers. Braving the dangerous conditions and hundreds of kilometers in sub-polar conditions, the documentary team attempts to reach the very location of the incident, a place the locals call “The Dead Mountain.”

This documentary film interviews Russian investigators, a former Moscow Times journalist, and friends of the hikers. To uncover the truth, the film also speaks to experts in the U.S. including a former FBI Agent and the former Marin County Coroner to finally reveal the stunning truth of The Dyatlov Pass Incident.
RT: 106 minutes