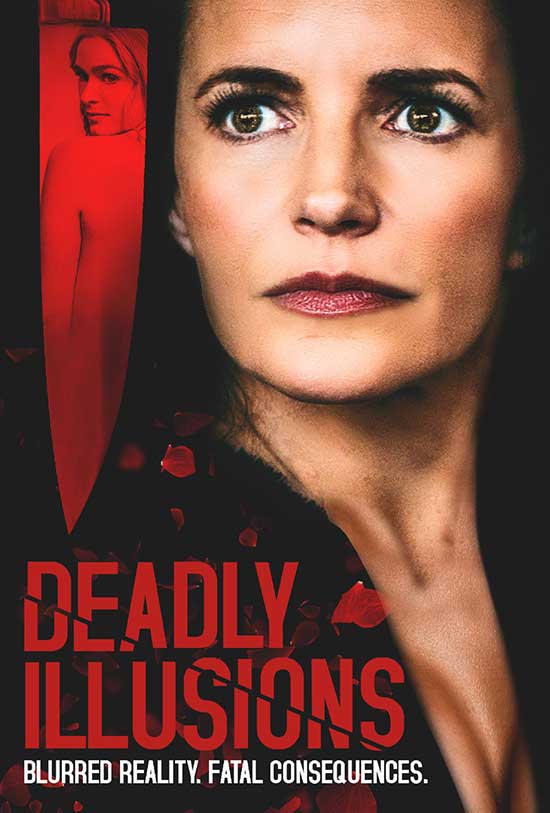 SEE THE ENDING EVERYONE IS TALKING ABOUT….

A bestselling female novelist Mary Morrison (Kristin Davis), suffering from writer’s block, hires an innocent yet beautiful caregiver Grace (Greer Grammer) to watch over her children as she dangerously indulges into the fantasies of her new best seller. Everything changes when Mary becomes spellbound by Grace who soon becomes her muse. As their relationship blossoms, the line between the life she’s writing and the one she’s living becomes blurred.
DEADLY ILLUSIONS was written and directed by Anna Elizabeth James (Emma’s Chance) and stars Kristin Davis, Greer Grammer, Dermot Mulroney, and Shanola Hampton. The film has a running time of 114 minutes and will be rated R by the MPAA.
Dark Star Pictures will release DEADLY ILLUSONS on iTunes, Amazon, Google Play, Vudu, Fandango Now, YouTube, Dish Network and through local cable providers on
June 1.
Share