THE AMUSEMENT PARK WILL BE AVAILABLE
EXCLUSIVELY ON SHUDDER ON JUNE 8TH
On Shudder US, Shudder CA, Shudder UKI and Shudder ANZ 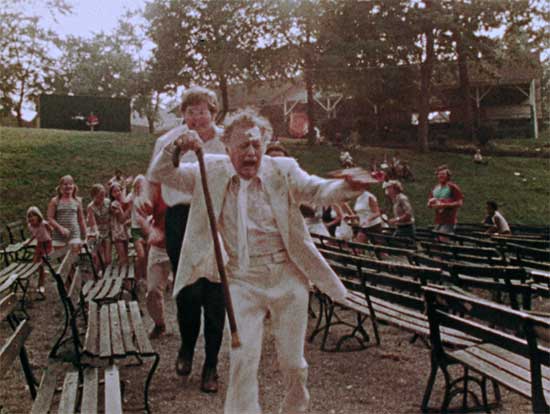 Recently discovered and restored 46 years after its completion by the George A. Romero Foundation and produced by Suzanne Desrocher-Romero, The Amusement Park stars Martin’s Lincoln Maazel as an elderly man who finds himself disoriented and increasingly isolated as the pains, tragedies and humiliations of aging in America are manifested through roller coasters and chaotic crowds. Commissioned by the Lutheran Society, the film is perhaps Romero’s wildest and most imaginative movie, an allegory about the nightmarish realities of growing older, and is an alluring snapshot of the filmmaker’s early artistic capacity and style and would go on to inform his ensuing filmography. The “lost” film was restored in 4k by IndieCollect in New York City.
Runtime: 52 min
Language: English
Country: USA
SHUDDER
Official Site | Twitter | Facebook | Instagram
Share