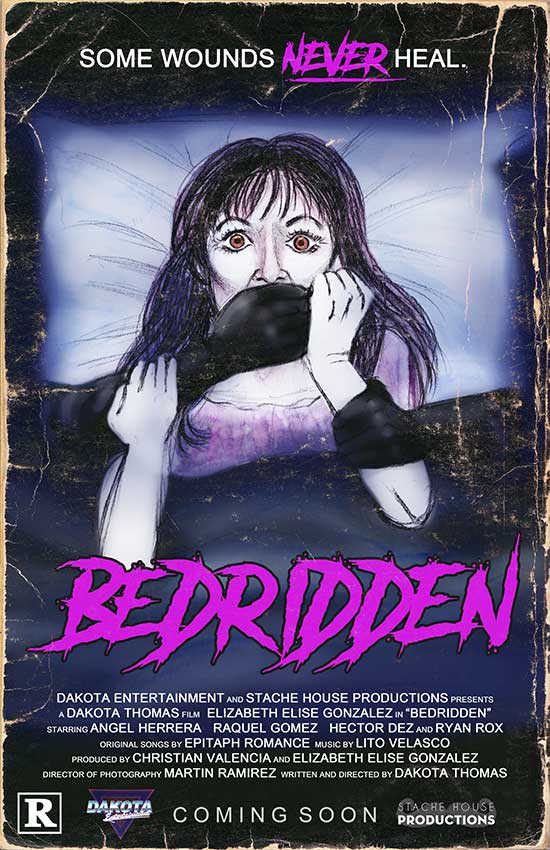 Dakota Entertainment and Stache House Productions have released the first official photo from their new horror film, BEDRIDDEN, which had a fully funded campaign earlier this year via IndieGoGo.

BEDRIDDEN, which is currently still in production, tells the story of Teri, a weary widow, facing the painful task of rebuilding her life as a single mother, following a traumatic encounter with an armed assailant. When her worst fears seemingly come true, Teri finds herself bedridden and trapped in a cat and mouse game of life and death.

The film is set to premiere in October, with a month-long engagement at the Fiesta Drive In located in El Paso, Texas, along with other Texas based theaters, and eventually rolling out for a wider release.