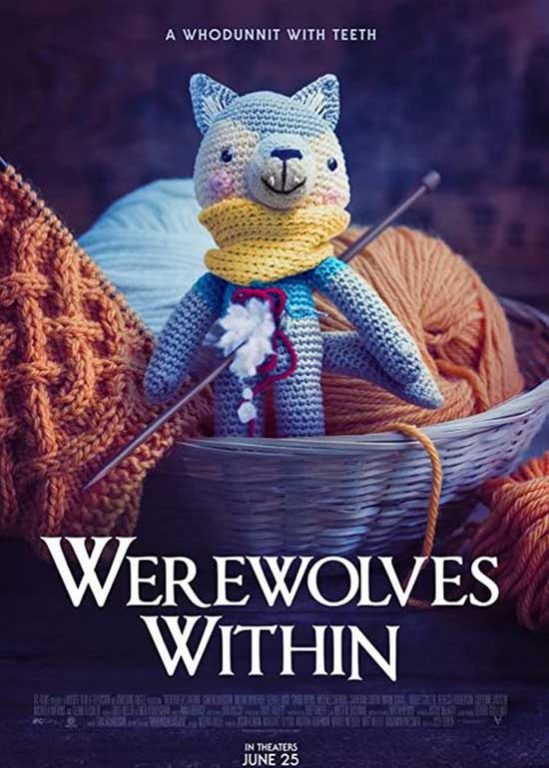 IFC Films will release the horror-comedy whodunit WEREWOLVES WITHIN in theaters on June 25, 2021 and on Digital Rental & VOD on July 2, 2021.

WEREWOLVES WITHIN is based on a Ubisoft, VR video game of the same name. The film is directed by Josh Ruben (SCARE ME), and penned by screenwriter and bestselling author, Mishna Wolff (I’M DOWN).