“the kind of nightmare fuel that would impress Clive Barker” – RogerEbert.com

“a riotously gory, impish inversion of all things yuletide” – The Guardian​ 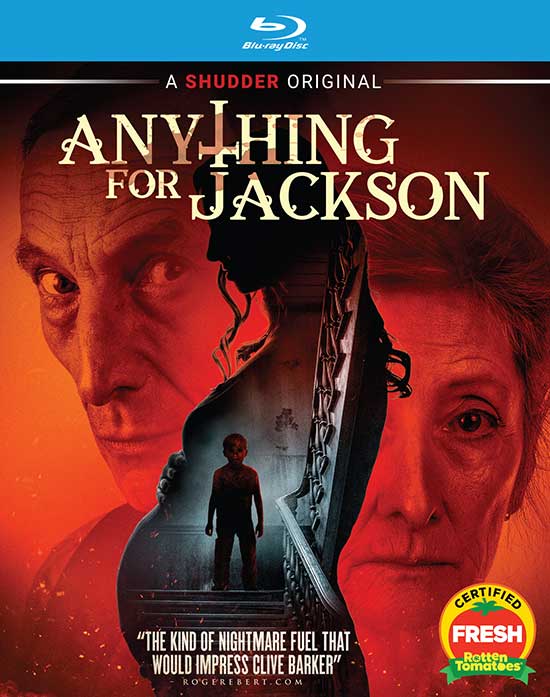 Directed by Justin G. Dyck (Christmas With a Prince) and written by Keith Cooper (A Witches’ Ball), ANYTHING FOR JACKSON stars Sheila McCarthy (The Broken Hearts Gallery, Die Hard 2), Julian Richings (Spare Parts, Man of Steel), Konstantina Mantelos (“Miss Misery”, “Paranormal 911”) and Yannick Bisson (“Murdoch Mysteries”). RLJE Films will release ANYTHING FOR JACKSON on DVD for an SRP of $27.97 and Blu-ray for an SRP of $28.96.

In ANYTHING FOR JACKSON, after a tragic car accident that took their grandson’s life, Audrey and Henry are unable to go on without him. Following the guidance of their ancient spell book, the elderly couple decide to abduct a young pregnant woman with the intention of performing a “reverse exorcism” to channel their grandson’s spirit inside her unborn child. But when it becomes clear the ritual has called upon more than one spirit, the couple realize they have summoned more than they bargained for and must put an end to the evil entity they’ve invoked.