Crime Thriller THE LONG WAY BACK from director E.B. Hughes (Exit 0) Arrives on VOD May 11 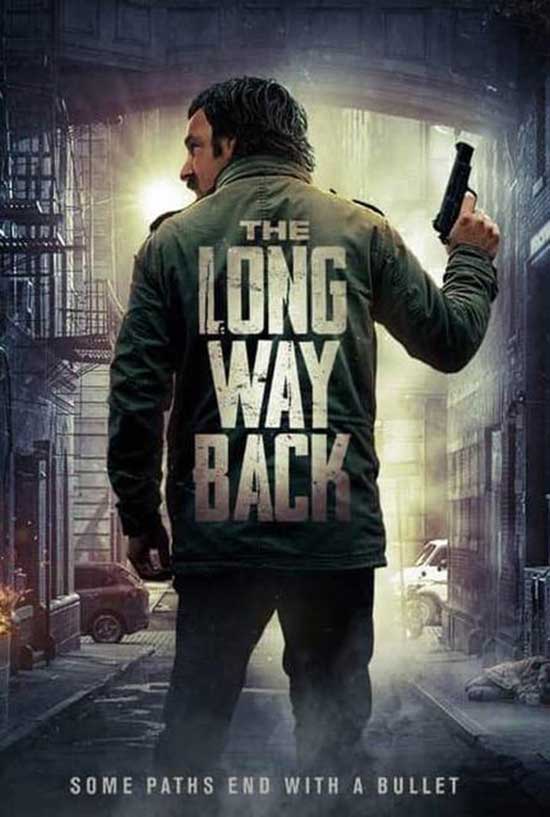 Arriving May 11 on VOD, The Long Way Back follows ex-con Max Lyons who battles his demons while trying to live the straight and narrow. But will Max’s past let him move on and live happily ever after, or will an old enemy drag him back into his old, violent ways?
Film Threat called The Long Way Back “the perfect description of the road to redemption” while IndyRed praised the films “gritty, real-feeling atmosphere” that “only a great indie flick can deliver”.
THE LONG WAY BACK will be available on iTunes, Amazon, XBOX, Vudu, FandangoNOW, and local cable & satellite providers.
Synopsis: For Max Lyons, an ex-con, life is full of gambles. And a series of gambles have led him to the edge of hell. Fresh out of prison, Max ends up at a rundown hotel managed by his old friend Ziggy, the only person he can truly trust. Max has trouble finding a job, and even bigger trouble quitting bad habits. Amid the squalor and bitterness of his sad existence, he meets Sara, a college student who lives in the room next to his. It is she who shows him that a new, brighter future lies ahead of him, giving him the courage to fight his addictions and kick his habits once and for all. Blocking this path, however, is Lucius, a powerful drug lord who Max had ripped off before going to jail. Now, Lucius wants payback. Will Max be able to break old ties and make a new life for himself?
DIRECTED BY
E. B. Hughes
CAST
Sayra Player, Conor Romero, Phil Hall, Franklin Ojeda Smith,
Denny Bess, Mark Borkowski
Share