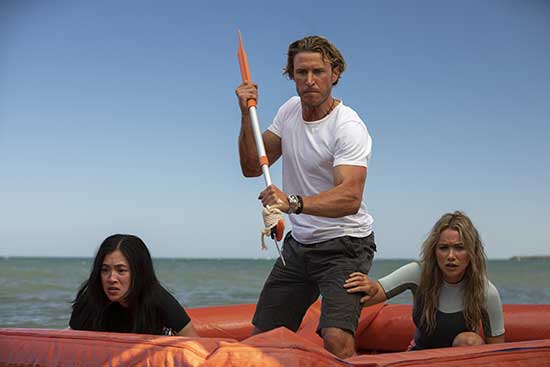 RLJE Films, a business unit of AMC Networks, and Shudder, AMC Networks’ premium streaming service for horror, thriller and the supernatural, have acquired the North American rights to the horror/action film, GREAT WHITE from Altitude Film Sales. RLJE Films plans to release the film in theaters this summer with Shudder premiering the film on its platform later in the year.

“We’ve all been afraid to go back into the water since 1975 and GREAT WHITE is going to keep us out of the water for years to come,” says Mark Ward, Chief Acquisitions Officer at RLJE Films.  “There is no better time than the summer to bring this suspenseful and terrifying new film to audiences.”

GREAT WHITE was produced by Neal Kingston (Nerve), Michael Robertson (The Reef), and Pam Collis (Black Water: Abyss) through new production outfit Thrills & Spills. Ward and Jess De Leo on behalf of RLJE Films and Emily Gotto from Shudder negotiated the deal with Mike Runagall and Gursharn Khaira of Altitude Films on behalf of the filmmakers.