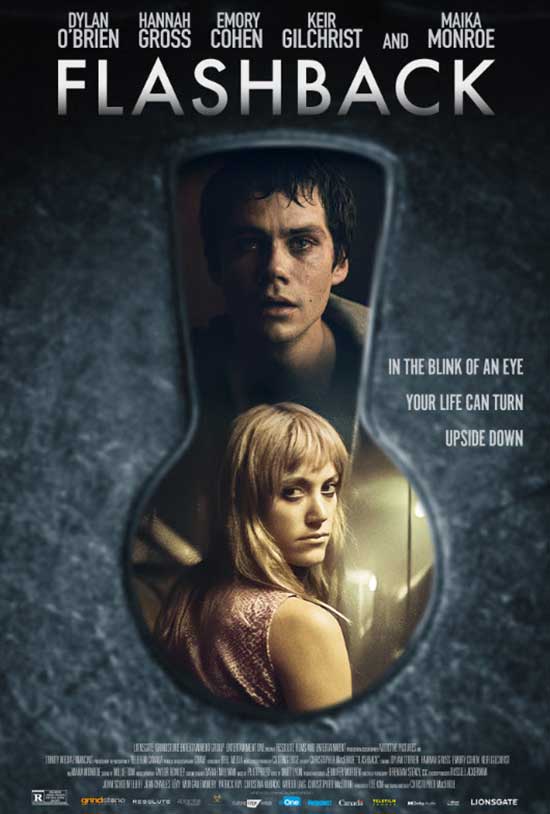 Dylan O’Brien (“Teen Wolf”), Maika Monroe (It Follows) and Hannah Gross (Joker) star in the mind-bending thriller FLASHBACK coming to select theaters and available everywhere movies are rented June 4, and on Blu-ray, DVD and Digital June 8 from Lionsgate. After a chance encounter with a man forgotten from his youth, Fred (O’Brien) literally and metaphorically journeys into his past in this gripping film written and directed by Christopher MacBride and also starring Emory Cohen (Brooklyn) and Keir Gilchrist (It Follows).

SYNOPSIS:Fredrick Fitzell (Dylan O’Brien, The Maze Runner franchise) is living his best live ― until he starts having horrific visions of Cindy (Maika Monroe, It Follows), a girl who vanished in high school. After reaching out to old friends with whom he used to take a mystery drug called Mercury, Fredrick realizes the only way to stop the visions lies deep within his own memories, so he embarks on a terrifying mental odyssey to learn the truth. This mind-bending thriller also stars Hannah Gross (Joker) and Emory Cohen (Brooklyn).