Home | News | ONYX THE FORTUITOUS AND THE TALISMAN OF SOULS!

ONYX THE FORTUITOUS AND THE TALISMAN OF SOULS! 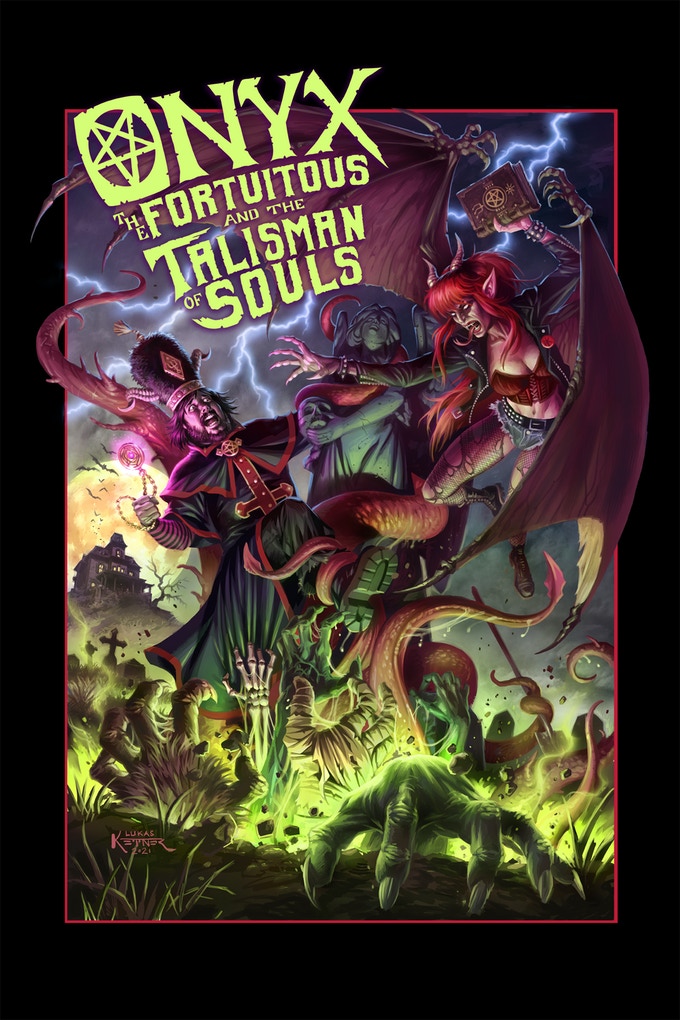 Onyx is the brainchild of writer and performer Andrew Bowser. Through an ongoing series of viral videos spanning nearly 9 years, Onyx has permeated every corner of pop culture. The character has amassed over 300 million views online and his content has been shared by numerous celebrities and referenced in multiple hit songs.

As a director, Bowser has helmed numerous independent films that have had premieres at SXSW, Seattle International, and Chattanooga Film Festival. He has worked with Legendary Pictures, Warner Bros. Games, Blizzard Entertainment, Funny or Die, Chrysler, and Marvel. He has also directed horror mainstays like Barbara Crampton, Bruce Campbell, and Adrienne Barbeau.

Onyx The Fortuitous And The Talisman Of Souls is a horror/comedy in the vein of 80’s favorites like GREMLINS and FRIGHT NIGHT. It’s a throwback to an era when horror movies were equal parts absurdity and humanity.

The story follows fledgling Satanist Marcus J. Trillbury (Onyx) as he attends a once-in-a-lifetime ritual at his idol BARTOK THE GREAT’S dark mansion. Once there, Marcus meets a group of other worshippers. As the group is led by Bartok and his assistant Farrah in a series of rituals meant to “better them,” it becomes clear that their intentions are more nefarious. As his new friends are losing the battle to keep their souls, a question of great destiny looms over Onyx’s head: is he doomed to be a nobody or is he the only one who can defeat Bartok and save his friends from damnation?

The feature film is currently being crowdfunded through Kickstarter and is very close to it’s goal!