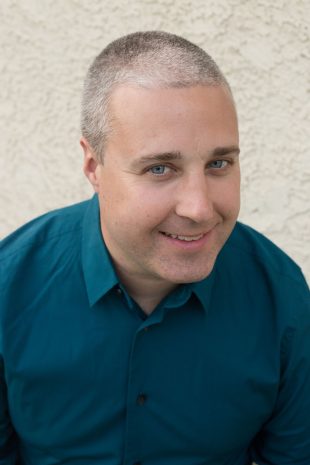 What made you want to get involved in the film industry?
It all started for me in high school. I went to The Master’s Academy school in Oviedo, Florida, I was involved with drama class and plays thanks to my wonderful teachers Sarah Thomas and Judi Tome. My first lead role in a stage play was Elwood P. Dowd in the show “Harvey”. From there on, my classmates, and teachers were all telling me, “you should be an actor!” I took those words and ran with it. I signed up with an agent, started auditioning and booking jobs on sets. The teachers/staff at school allowed me to ski[ days at school to go on auditions and commercial/film/tv shoots because they knew it was going to benefit my career when I graduated from high school, the only condition they had for me was to keep good grades, if I got one bad grade in any class, I was not allowed out on auditions and film shoots until that grade in that class was brought up again. Fair enough. It worked out perfectly. I owe a huge Thank You to my Dad and Mom for placing me in The Master’s Academy, and a big Thank You to the supportive teachers, staff, and classmates for helping me and encouraging me down this path I decided to take. After high school, I briefly went to Vancouver Film School in Canada, and then to New York Film Academy in Los Angeles, where I have been living since 2002. I’ve learned over time to get involved in other aspects of the film industry, you’ll enjoy it even more. It will open up more doors to your acting career, I promise you that. 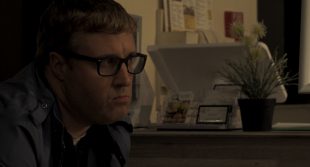 From script–to–screen, how close did TODD come to its original vision?
It came very close. The original cut was almost 2.5 hours. There were a lot of scenes that had to be removed or trimmed down for pacing and story purposes to bring us to a 90 min runtime. Some of those scenes deleted involved more character development for Todd. It happens though on every film, there will be scenes that won’t make the final. They can be seen on the deleted scenes on the DVD now. Overall during the shoot, we stayed with the script as much as possible. Director Aaron Warren allowed all of us some wiggle room for improv and what felt natural for our characters to say and do in the moment. As an actor, I appreciate the director letting me do this and trusting me with the character they cast me to play. That’s where the magic happens on set.

What was your favorite day on set and why?
Oh my, some of my favorite days on set were the days we were filming in the diner for three days in Orlando. The location was fantastic and accommodating, we had a great group of extras every night come to join us to play diner patrons. They were pros and had a fun time being a part of the whole process. I appreciated them being there every night. The other favorite day was when we had Michael Winslow on set for the bar scenes. Michael plays Jake, the bartender, which appears every so often in the film. Growing up watching all the Police Academy films, it was a honor and pleasure to have Michael Winslow in our film, it was surreal to work with him and watch him create/improv. He had a great time on set and his on screen chemistry with Aaron Jackson (Dr. Miller) really shows, they both followed a script for each scene, but also did some improv, and of course, Michael threw in some sound effects which made the crew laugh after “Cut” was yelled. I would say everyday on set was my favorite day, we were making a movie in Orlando! No complaints there! 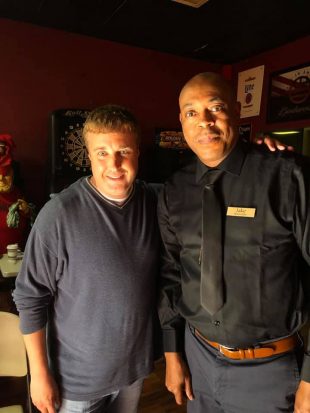 What scene did you enjoy acting in the most?
The two scenes of the film I enjoyed acting in the most were the most intense ones with Laura Steman, Aaron Jackson, Rhonda Cusumano, and Savannah Grace Elmer. I don’t want to spoil it but you’ll know when you see them. Those two scenes let me show the full extent of how crazy of a budding madman Todd truly was. In both of these scenes, his character hits a peak, and then goes back to the oddball, awkward, weird Todd you meet at the beginning of the film.

What is the biggest obstacle you faced while making TODD?
The biggest obstacle was playing dual roles of Todd and being a Producer. One minute I would be knee deep in an emotional scene and in a dark place, and then next minute, I’d be out on a run doing producer stuff, or answering questions other crew or cast members had on set, helping steer the ship so to speak to make sure we finish our days. The two hardest scenes for me to play as Todd were two long scenes around 8 pages each, don’t want to spoil anything, but those two scenes were all done in one take by our DP, Travis Cecil. By the end of the day, I was emotionally drained. How I decompressed at the end of each night was fairly simple, having a slice of apple pie, a Cherry Coke, and a cigar with Aaron Warren and Joanna Fang (Producer) by the pool at our Air BnB in Kissimmee to discuss how the day went and game plan for the next day of filming. You’re going to have obstacles everyday on set, and you learn from those to move forward. I always say, if you are a producer, and out on a run away from the set, and your phone does not go off the entire time while you are out, things must be going smoothly back at the location. There was a couple times I got those calls, but everything worked itself out when everyone put their heads together to get done what needed to be done or overcome an obstacle we faced. 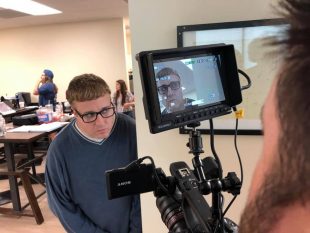 What was your proudest moment during production?
The proudest moment for me was, after playing Todd each day, having fellow cast and crew members telling me at the end of the filming day “your performance is spot on, creeping me out, intense” etc. Hearing that feedback made me confident I was doing my job playing Todd the right way. I did not want to watch any dailies/footage what so ever because if I had watched any of them, it would cause me to over analyze my performance. It helps not watching anything. So hearing fellow cast/crew telling me my performance creeped them out all day is all I needed to hear. Of course, when you hear the words “THAT’S A PICTURE WRAP ON TODD!” is also a proud moment, your hard work is done, you overcame challenges in the actor/producer roles and reached the finish line, it’s an awesome feeling of accomplishment to have a full length feature film in the can.

How do you get a film to stand out in the crowd in such a vast crowd of independent horror?
Well, I believe with the right marketing, PR, and EVERYONE that was involved on the cast/producers/team to promote the film helps when it’s released or made it into a festival. Share the poster, share the teaser, share some PR, share the links where people can watch YOUR hard work on their screens! I’ve worked on numerous projects where some of the lead cast members do not promote the film at all and/or promote it once and call it a day. Why? Who are you performing for if you don’t promote your work? Who is your audience if you aren’t sharing the hard work you put into a character or making the movie itself? It boggles my mind. It’s equivalent to an artist painting a beautiful piece of artwork and then placing it in the closet so no one sees it at a gallery or knows about it. If everyone involved in the film showed it some love and put in the time and effort to promote it on social media, everyone succeeds, and more doors will open to everyone involved. Promote your work friends!!! No matter how big or small my role is in a film or show, I will promote the hell out of it. It makes the people that hired you happy when they see this. =) 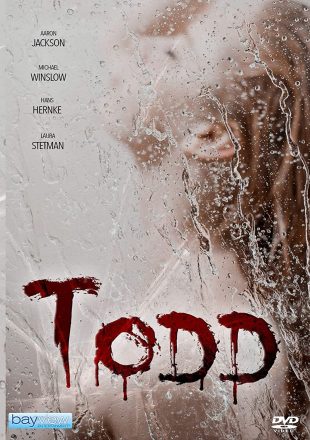 What other filmmakers inspire you to do what you do?
Some of my top filmmakers that inspired me growing up is George Lucas (you can’t go wrong with OG Star Wars and Indiana Jones), Steven Spielberg (E.T., Indiana Jones) , Mel Gibson (Braveheart and The Passion of the Christ), James Cameron (Titanic). One of the films that greatly influenced me to get involved in this industry was “Titanic”. I saw the film 13 times in the theater because the story telling, sets, and how you were drawn in to the movie to make you feel like you were actually on the ship, just blew me away every time I saw it. Seeing the behind the scenes making of that movie, I kept telling myself, “this is what I want to do, tell stories, make films, play characters”. That film definitely inspired me to become a filmmaker and actor.

What is your favorite horror decade and why?
I’d like to say the 2000’s. I was drawn into the Paranormal Activity films, the first one of course being the best and most clever one. The story behind how that one was filmed is fascinating. Working in horror films for a while, it sort of spoils all the fun you have watching one on screen, you see where the scares are set up and what’s coming next. But I’ll say the paranormal ghost flicks of the 2000’s I enjoyed watching.

What is the next step for Hans Hernke?
Right now I am currently working on “Animal Kingdom” Season 6, the final season on TNT. I have been standing in for actor Finn Cole ever since the first day of filming on Season 1, March 2016. Being a part of this show has been a wonderful 5 years, it will be hard to say goodbye to the Cody family, the cast and crew. Seriously one of the best crews/cast I have worked with on a TV network in my 19 years of being out here. After that I have a couple independent films in the works, “American Bigfoot”, “Bridge of the Doomed”, “Bloodthirst”, “Death Count”.