Writer/Director/Producer Jesse Korman’s Exclusive interview with Horrornews.net. Jesse Korman talks about his film, Separation, working on new music, how he started his incredible photography, and so much more.  Jesse has quite a few projects in the works. The new film, Separation will be in theatres on April 30, 2021. Jesse is the vocalist for the band, The Number 12 Looks Like You, and they released a new album “Wild Gods.”

Jesse is also working as a full-time creative producer at Yale Productions. Korman directed and produced the new music video “Better Now: by The Juliana Theory. He is co-producing the films, Panama, Chick Fight, and Red 48. Check out the interview with Jesse Korman for Horrornews.net. 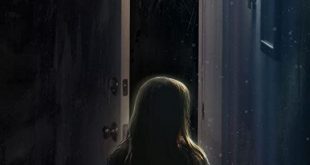