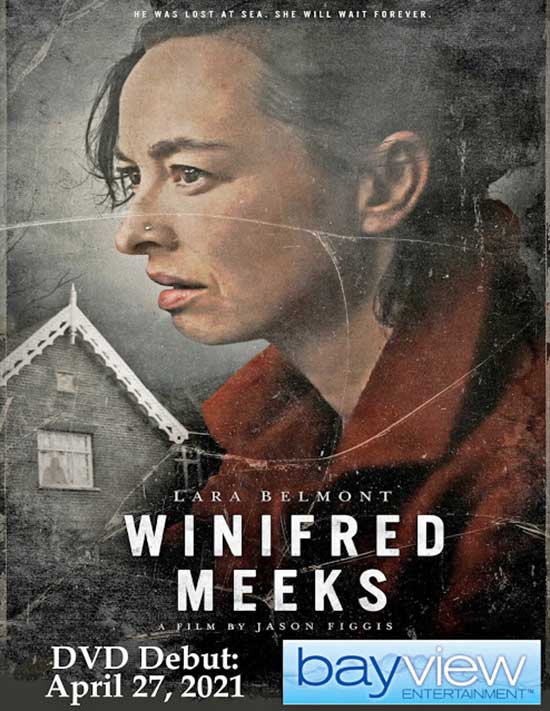 Anna James (Lara Belmont (The War Zone, Dolls Don’t Cry, Rise of the Footsoldier) is a popular teen-centric novelist, who has decided to rent a remote cottage, the Seaview House, to turn out her next book. Once settle in, she begins to have an uneasy feeling about the place … could it be of her own making? After all, she picked this remote place (filmed in the English countryside, Suffolk) to get away from some personal “issues” in her life.

In any case, while working she begins to hear those “things that go bump in the night” sounds, or as she describes it, odd happenings,” and, being a writer, these noises pique her interest as to the history of this picturesque place … what mysteries lie within, that sort of thing.

As fellow writer Edgar Allan Poe could have forewarned, take no notice of those noises as they soon may play tricks and games with the mind … especially one so fragile. Anna soon discovers the tragic tale of Winifred Meeks (played by Julie Abbott — Our Town) and begins to suspect that Meeks is haunting her former home.

A reasonable person, once the terror settles in, would seek shelter elsewhere, but too late for Anna James, she will confront this spirit … or die trying!!

For lovers of ghost stories, Bayview Entertainment has you in mind on Apr. 27 with the DVD debut of Winifred Meeks.