In a special GHOST ADVENTURES episode that begins streaming Friday, April 9 on discovery+, Zak Bagans, Aaron Goodwin, Billy Tolley and Jay Wasley investigate California’s legendary Joshua Tree Inn, where country-rock pioneer Gram Parsons tragically died in 1973. Joining the team on the paranormal investigation is singer and social media sensation Loren Gray, who will help search for answers behind the eerie and unexplained activity plaguing the inn. Could it be the late musician, who met his untimely death in Room 8, has never really left and is at the cause of the hauntings? It’s a terrifying and emotional investigation the team won’t soon forget. 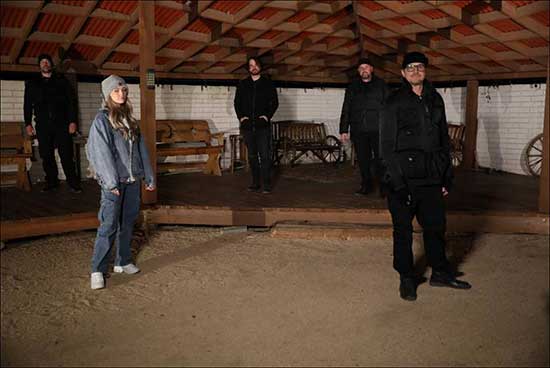 The Joshua Tree Inn in Joshua Tree, California, was Gram Parsons’ sanctuary and escape and where he spent his final moments. During the team’s investigation, Bagans learns from witnesses and hotel staffers that strange and unexplained phenomena have occurred inside the room where Parsons passed. Almost immediately, the crew begins to experience intelligent paranormal activity of their own. As they continue to explore, the energy amplifies with poltergeist activity and shadow figures, and it becomes clear there is more to this property than they anticipated. When Loren Gray joins the investigation, the night takes an emotional turn. Gray immediately senses the intense energy and presence surrounding them. Inside Parsons’ room, Gray and Bagans use his music as part of their investigation, triggering an emotional and eerie response … and undeniable evidence that Parsons’ spirit is still with them.

“This was one of the most emotional investigations we have ever done,” said Bagans. “It literally brought Loren Gray and I to tears, that is how powerful and strong the energy we experienced was. I can say with full confidence that we connected with the spirit of Gram Parsons, and that his presence is still very much alive inside the Joshua Tree Inn.”