For those who are thinking of cutting down on their VOD subscription services, check out Tubi tv – a platform that streams movies and shows for free with ads. 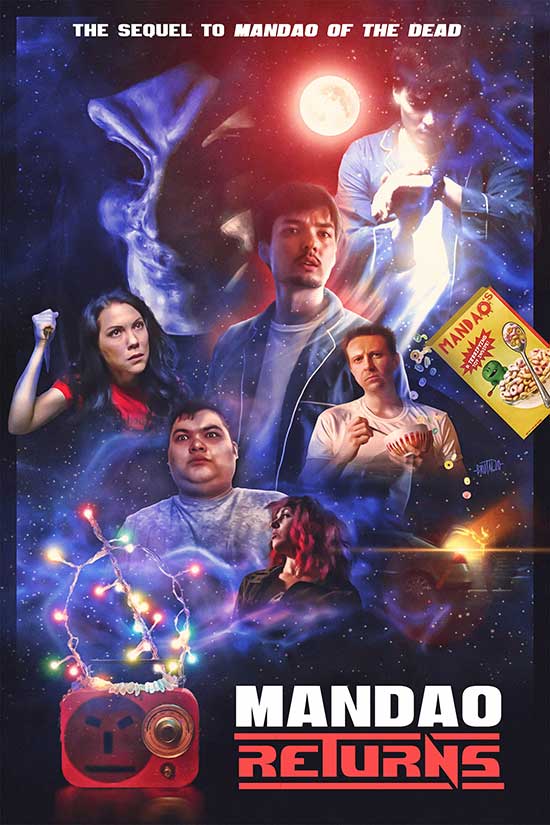 The growing platform recently released Writer/Director Scott Dunn’s cult sequel MANDAO RETURNS. Tubi has been known to house a healthy amount of horror and scifi content, and MANDAO RETURNS is a welcome addition.

Synopsis: Jay Mandao is not your average hero. He’s an astral projecting time traveler who spends his days hanging with his adult nephew Jackson, crashing on his scheming cousin Andy’s couch, and riding with his cabbie friend Fer. In the days leading up to Christmas, Jay tries to make contact with his deceased father Raymond, but ends up contacting the ghost of B-movie star, Aura Garcia. Aura enlists the gang to astral project back in time to prevent her death. As Jay and his friends mess with time, they quickly fall down a rabbit hole of conspiracies, murder, and an insidious Hollywood cult. The sequel to Mandao of the Dead.