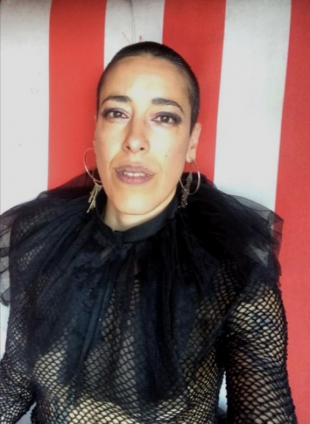 What attached you to WTNY Bienvenida a Nueva York?
Director Marta Marquez is one of my closest and dearest friends we ran around NYC together having so many dreams and adventures. She is my crew my gal. The adventures we had! When the shoot began I was always at her home I think I was even her assistant ;) When the actor that had the part originally could not make it. I began pitching myself as the character.

Tell us a little about your character?
My character is a young “tourist or immigrant” can you really tell the difference; she had the misfortune of witnessing a crime in the first few hours of arriving in a new and unknown city. 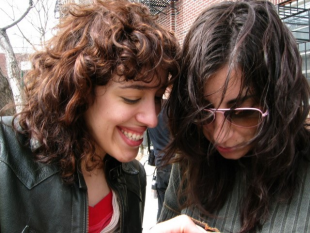 How does this character differ from other characters that you’ve played?
All characters have the truth from themselves and a story of someone else. This character has an unstoppable will. Let’s wait for the sequel I haven’t compare the characters I play with perform recurringly or in the past. and I like that. They are themselves through me.

What was your most difficult scene? Why?
The cafe scene the intimacy of the moment, I still remember the tension.

How was it working with Marta Marquez?
I will work with Marta as often as she will have me. From our friendship to mutual admiration, the years have solidified our connection as artists. I often turn to her to help me develop many parts of my solo show suitcase stability and comedy sets.

What was your favorite day on set? Why?
MARTINI SHOT! Because I could finally stop running! 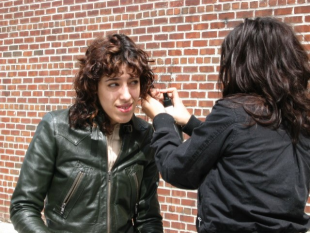 What movie or event from your childhood turned you on to the film industry?
I always wanted to be a triple threat! I sat and watched every musical I could find on VHS! My childhood dreams are of Broadway!

Name your top 3 horror films of all time?
I don’t watch Horror films! They scare me too much. I prefer to be in them! I am Chico & Punky Production’s Scream Queen!

Who inspires your creativity?
SO many people! Wow, I gravitate towards woman, womXn, immigrant stories of strong people that found a way to create the world they want to see. I remember the story I read in high school in Miami. About the life of Josephine Baker, I grew up watching Cher be Cher! Working 9 to 5 with Dolly Partner! these are memories that influence my art and whisper sweet nothings to my soul. 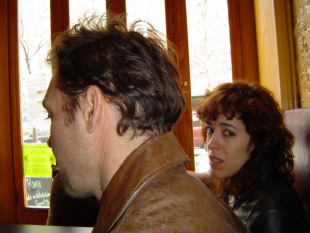 What’s next for Liliana Velasquez?
Let’s get out of this pandemic and back on stage! Next is more Stand UP Comedy! A web series and all the possibilities the universe throws my way! LET”S DANCE WORLD! As always Sunday Slips Open stage continues Every Sunday No Matter What! Subscribe to our Youtube Freudian Slip Club channel www.youtube.com/channel/UCAB3HoJZyVfJbvVorvsNjKg