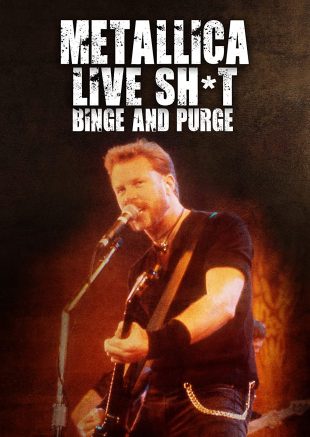 Bang your head to Metallica: Live Sh*T Binge And Purge on DVD from the old school metal heads at Bayview Films!

For many Metallica fans the eighties and early nineties saw the band hit its creative peak as a live phenomenon. These were the halcyon years which were brilliantly captured in an immortal live album. Metallica’s 3 CD live album, Live Sh*t: Binge & Purge, was ample proof of the brutal, power of Metallica in concert. The awe-inspiring album was recorded at their concerts in Mexico City, Seattle and San Diego. Grammy winners Metallica performed a broad range of songs from the band’s history, including all their classic songs from Kill Em’ All to the Black album. Live Sh*t: Binge & Purge includes concert favorites Creeping Death and Seek & Destroy, as well as classics like For Whom the Bell Tolls, Welcome Home (Sanitarium) and Fade to Black. There are also a couple of ripping-fast solos from Jason Newsted and Kirk Hammett, and covers of Last Caress, Am I Evil? and Stone Cold Crazy. For hardcore fans, Live Sh*t is a godsend. 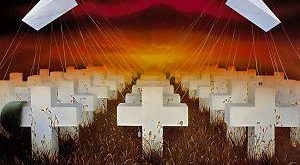