Julio Maria Martino’s COUNTRY OF HOTELS stars Michael Laurence (Damages, Shades of Blue), newcomer Charles Pike, Siobhán Hewlett (Sherlock) and Matthew Leitch (Band of Brothers). The film is about to receive its European Premiere at Manchester Film Festival, having already won and been nominated for awards in the US. The film can be seen worldwide on Friday the 12th March at 6pm GM 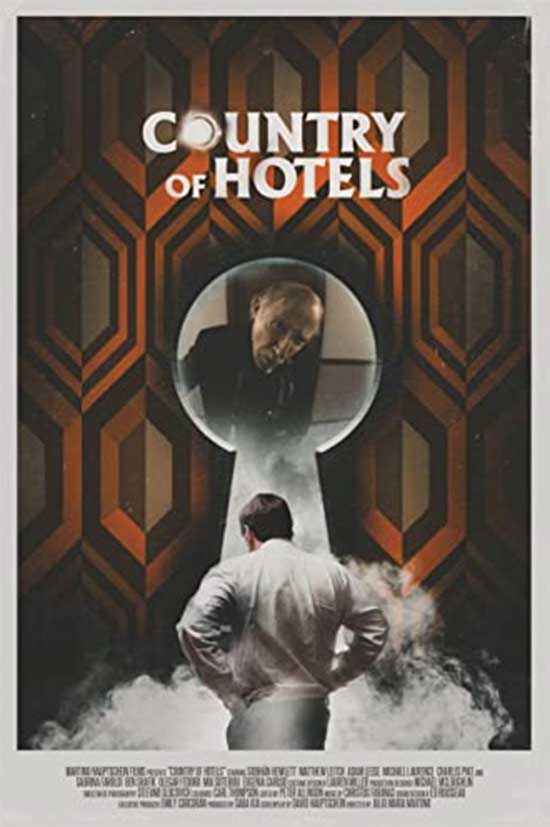 Country of Hotels tells the stories of the desperate souls who pass through the doors of 508, a room on the fifth floor of an anonymous, decaying hotel. We are taken on a surreal and blackly comic journey down its lonely corridors and behind its out-dated furnishings and stained surfaces. The story plunges us into the ever-turning carousel of haunted lives who check in and check out of the establishment.

Director Julio Maria Martino is known for directing plays around the world. His work includes directing Benedict Cumberbatch in Steven Berkoff’s KVETCH. Since the early 2000’s Julio has also directed seven plays by Chicago playwright David Hauptschein, London productions of Hauptschein’s work include THE PLAYACTOR, which was Time Out Critics’ Choice, AN ALCHEMY OF FLESH and IN MEMORY OF EDGAR LUTZEN. COUNTRY OF HOTELS is his film directorial debut.

COUNTRY OF HOTELS was written by David Hauptschein. Producer Saba Kia graduated from the University of Westminster with First Class Honours in Film & Television Production, specializing in Creative Producing. She has since gone onto produce a number of successful short films, both independently and under executive producers Andrew Macdonald and Creative England.

The film recently won the Best Art / Experimental Film Audience Award at the Another Hole in the Head Film Festival (run by Sf Indie Fest) and was nominated for Best Supporting Actress, Best Supporting Actor and Best Screenplay at Tampa Bay Underground Film.

Watch COUNTRY OF HOTELS at 6pm Friday the 12th March.