Home | News | TO YOUR LAST DEATH Racks Up Awards and Nominations, Free on Amazon Prime

TO YOUR LAST DEATH Racks Up Awards and Nominations, Free on Amazon Prime

To Your Last Death, the unique 2-D, hand-drawn, animated horror feature, picked up three more nominations this week – two from indie tastemaker Film Threat, including Best Horror Feature and the prestigious What the F**k is This Movie Even, as well as the Golden Reel for Outstanding Achievement in Sound Editing – Non-Theatrical Animation Long Form, from the Motion Picture Sound Editors (MPSE). To Your Last Death’s Emmy-winning Supervising Sound Designer Michael Archacki, as well as Sound Designer Matthew Schaff, MPSE, were named. 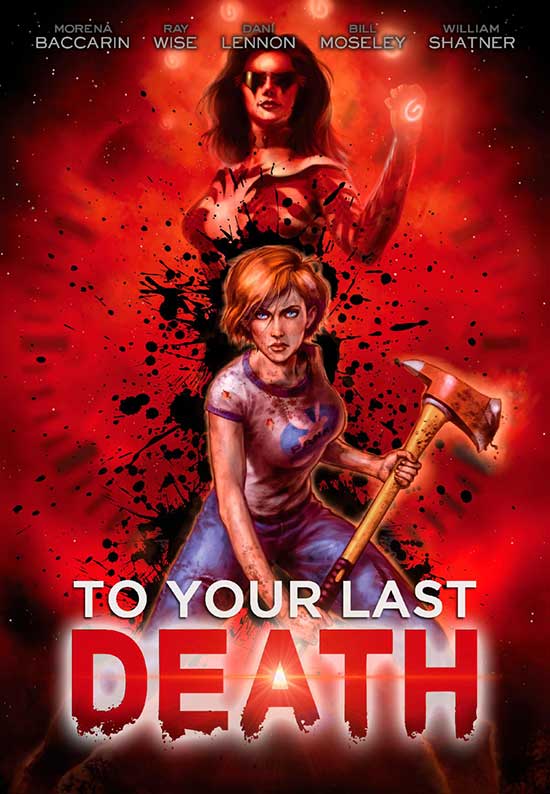 These nominations cap a remarkable festival run for To Your Last Death. The film has snagged 34 wins since its world premiere at FrightFest, including Best Feature from Pasadena International Film Festival, Best Director from Horrorhound, and Best Horror Feature from Phoenix International Film Festival. “Based on our research, we are the second most award-winning horror feature of 2020,” says co-writer and executive producer Tanya Klein.

Quite an achievement for a twisted, low-budget animated movie which Film Threat rated 9/10 and raved “one of the best horror/action movies I’ve seen in a while”. To Your Last Death combines a wildly imaginative script with eye-popping animation. The film is anchored by a first-class voice cast: Morena Baccarin (Deadpool, “Firefly”, “Gotham”) as the mysterious Gamemaster, Ray Wise (“Twin Peaks”, Batman: The Killing Joke, Robocop), Dani Lennon (The Love Witch, Bite Me), Bill Moseley (House of 1000 Corpses, Repo! The Genetic Opera, The Devil’s Rejects), and William Shatner (the “Star Trek” franchise, “The Practice”) as the sadistic Overseer.

“I’m humbled and honored to be nominated by our peers for a MPSE Golden Reel Award,” says Archacki. “The animation style and storyline of To Your Last Death allowed us to create enhanced soundscapes to further drive home the intense imagery and emotional responses of the film. A project like this only comes once in a career.”

“I grew up reading Film Threat, so getting nominated for not just one, but two ‘Award This!’ awards is wonderfully surreal,” says director Jason Axinn.

To Your Last Death features hand-drawn animation in a style reminiscent of “Archer” and “Metalocalypse.” According to executive producer and co-writer Jim Cirile, the film is “extremely violent, but it features dimensional, relatable characters and definitely has something to say. There’s political bite and social commentary and surprising depth.”

To Your Last Death is currently free to stream for Amazon Prime subscribers, and also available to rent or own on various digital HD platforms and Blu-ray.
To Your Last Death was produced by Coverage Ink Films and directed by Jason Axinn, from a script by Coverage Ink’s Tanya Klein and Jim Cirile. Axinn produced alongside Cindi Rice and Paige Barnett.  Tanya Klein, James Cirile, and John Frank Rosenblum served as executive producers. Carl Frank, best known for his work on Dungeons & Dragons and Magic the Gathering, led the art department. Rene G. Boscio composed the score.
Share