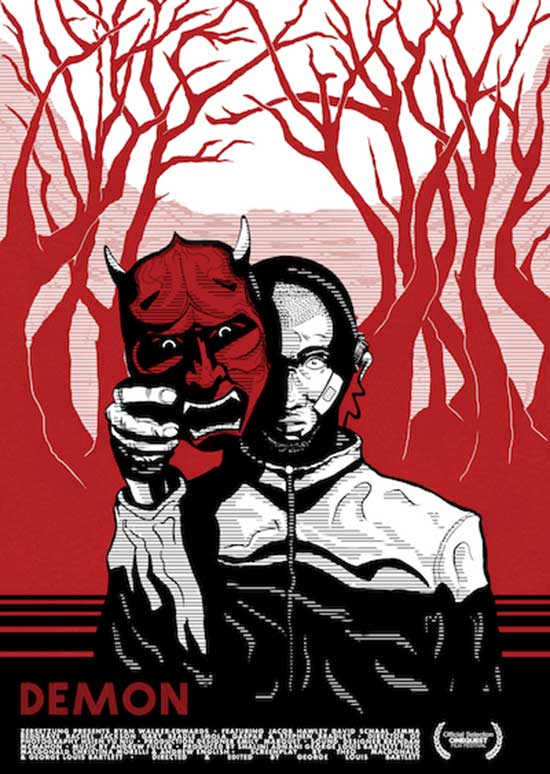 Zersetzung are pleased to share the first look artwork and trailer for their debut film Demon.
Demon will be premiering online at the Oscar qualifying 31st Cinequest Film Festival, Cinejoy, from 20th to 30th March 2021.
When an unpaid train fine comes back to haunt him, office worker Ralph flees London to a forest motel where a temporary hideout becomes a nightmarish purgatory, and emerging ghosts of the past force him to confront the loss of his father.
Taking viewers on a winding road that blurs the lines of reality, when one man tries to escape his problems but instead finds himself faced with more anguish.
Demon is the debut feature from director and co-writer George Louis Barlett and stars Jemma Redgrave (Love & Friendship, Doctor Who), Gary Beadle (Mangrove, Summer of Rockets), David Schaal (A Call to Spy, The Inbetweeners), Rachel Jackson (Beats, The Party’s Just Beginning) and introduces Ryan Walker-Edwards in his first feature role.
Demon will be released in the UK later this year
Buy your tickets for Demon at Cinejoy here
Find out more about Demon:
Instagram.com/DemonMovie
ZersetzungFilm.com
Share