Two women, fleeing a city being destroyed behind them, escape through California’s dark and desolate highway. Stopping for gas, they encounter local derelicts who taunt them with their toxic masculinity. Having had enough, the girls call on the only defense they have: a deadly and mysterious weapon no one can take from them. 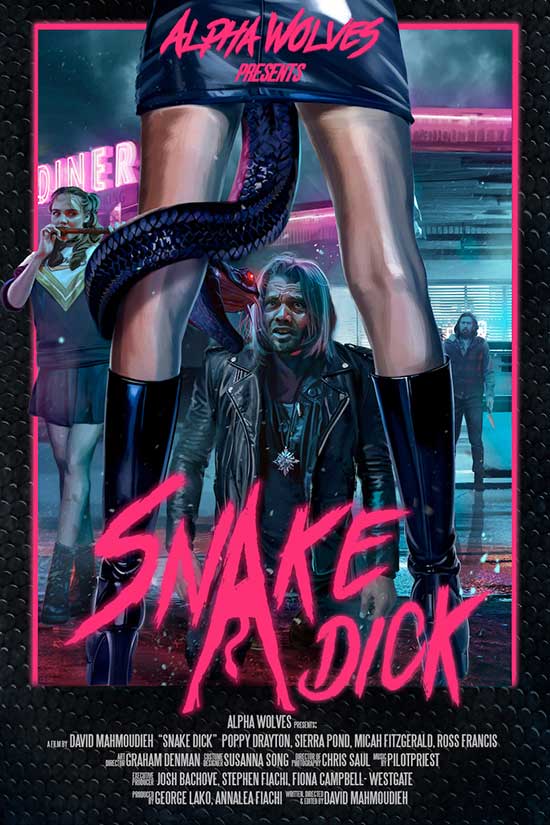 Snake Dick is a sci-fi / fantasy short film inspired by the metaphorical manifestation of male fear towards modern female empowerment and the #MeToo movement. The film is written and directed by David Mahmoudieh, produced by George Lako, and stars Poppy Drayton (Charmed, The Shannara Chronicles) and Sierra Pond (The Wrong Daughter, Throw Like A Girl.) The full length feature version of this short is currently in development. (Running Time: 7 mins)

“Two bad-ass heroines! Could be the weirdest, most entertaining film of the year!” – Alex Saveliev, FILM THREAT