The film stars a host of British talent including Adam Deacon (Anuvahood), Vas Blackwood (Lock, Stock and Two Smoking Barrels), Ian Reddinton (Highlander) and Steven Berkoff (Octopussy). This will be the third Saints & Savages title with Savvas D. Michael behind the camera, with Original Gangster and Righteous Villains confirmed for UK release on 5th and 12th April respectively. 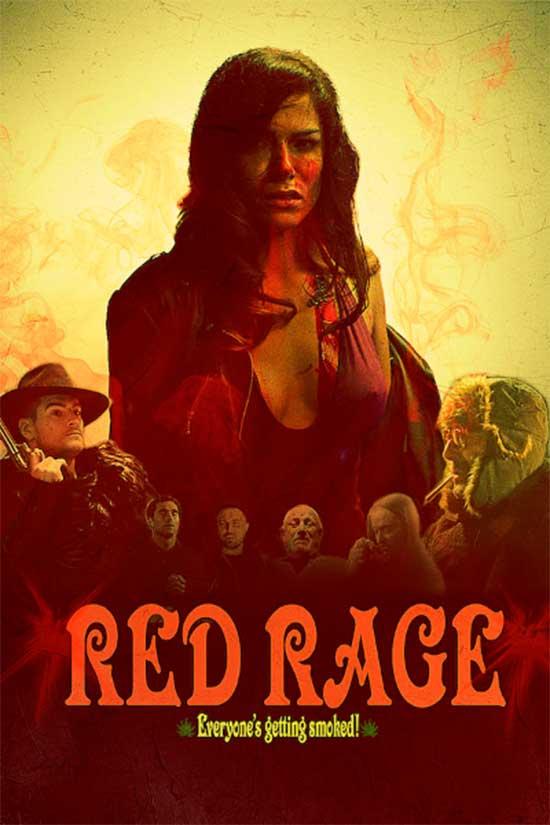 The film also reunites a number of the cast with Savvas D. Michael, with Berkoff also starring in Righteous Villains, Blackwood and Reddington in Original Gangster and Deacon in both.

The gritty thriller will also introduce Fernanda Diniz in her first lead role alongside Jack Turner.

A murderous vigilante couple tear through the city, serving vengeance to dealers of a new designer drug called Red Devil in this nightmarish dystopia where everyone seems high on something.

Commenting on the release, Saints and Savages’ CEO, John Pavlakos was delighted with the announcement. He said “It’s fantastic that we’re able to release Red Rage in the UK. Diniz and Turner are great in the lead roles and there is fantastic British talent supporting them in the likes of Adam Deacon, Vas Blackwood, Ian Reddington and the iconic Steven Berkoff. This one’s a wild trip!”