London, UK – Arrow Video is excited to announce the March 2021 lineup of their new subscription-based ARROW platform, now also available to UK subscribers, joining the US and Canada.

The March lineup blooms with the March 1 release of Jill Gevargizian’s debut feature The Stylist. Based on Gevargizian’s award-winning short of the same name, The Stylist reunites Gevargizian with the short’s lead actor Najarra Townsend (Contracted, Wolf Mother). Townsend stars as Claire, a lonely hairstylist who becomes obsessed with her clients…to their peril. Brea Grant (After Midnight, director of 12 Hour Shift) joins the feature as Olivia, an unsuspecting bride who makes the deadly mistake of hiring Claire for her big day. The Stylist streams exclusively on ARROW in the US, Canada and the UK.

ARROW Stories will be home to a host of exclusive extras for The Stylist, including the original award-winning short, an introduction to the film by Gevargizian, behind the scenes featurettes and more, giving fans an insight into how the acclaimed thriller came together.

ARROW’s curated Seasons begin March 1 with Traffic Was Murder, a collection of automotive annihilation to kick the month into high gear with Whiskey Mountain, Burst City, Pit Stop, Hitchhike to Hell and more joined by Unchained Melody: The Films of Meiko Kaji, a month-long celebration of one of exploitation cinema’s greatest female stars featuring the Stray Cat Rock and Female Prisoner Scorpion films and more.

March 8 kicks off with Caught on Tape, films where a photograph or a security camera lead to nightmares: The El Duce Tapes, the Ringu series, Videoman, and Ivansxtc.

The Makeup Effects Masterclass begins March 12, a collection that highlights the goriest and most gruesome practical effects including Bride of Re-Animator, Doom Asylum and Inferno of Torture. 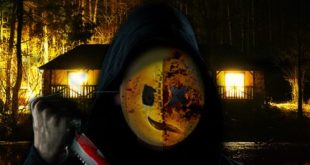