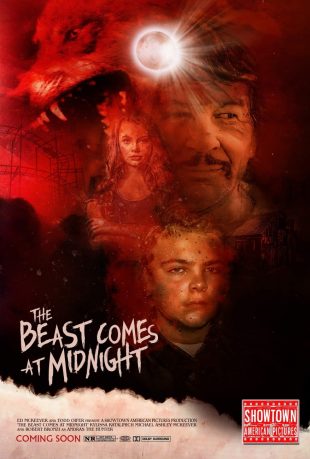 Michael McKeever, Kyle Oifer as well as International Action Film Star Robert Bronzi. Bronzi is most famous for his uncanny likeness to iconic actor Charles Bronson. Bronzi’s films have created their own genre referred to as BRONSPLOITATION by several media outlets and include “Death Kiss”, ‘Once Upon a Time in Deadwood’, ‘From Hell to the Wild West’, the highly anticipated ‘Escape from Death Block 13’ and The Gardener.

Scheduled to film in the Tampa, Florida area July 2021 The Beast Movie revolves around a young podcaster (Michael McKeever) who has a penchant for investigating paranormal phenomena, Serial Killers and conspiracy theories. He discovers his town is under attack by a flesh-eating beast that hunts during the full moon! Nobody believes him, except a popular cheerleader (Kylissa Katalinich) and sideshow fortune teller (Robert Bronzi) hiding his past as a Cold War era Monster Hunter.

Robert A. Masciantonio joins musician and film composer Dennis Tenney on the project. Tenney best known for his work on the horror classics Witchboard 1 and 2, Night Of The Demons 1 and 3, Leprechaun 3 and 4, Witchcraft, Brain Dead, Tick Tock, Pinocchio’s Revenge and The Prophecy.

Produced by Ed McKeever of the Award Winning Horror-Thriller 100 Acres Of Hell and the creative team at Showtown American pictures consisting of Producer Todd Oifer and Artist Steve Gray.

“I could not be more thrilled to have Robert aboard this project. I loved his work on the vampire feature Cold Hearts and Neighbor. He has expressed amazing ideas to bring the Beast Movie to life. His vision and unbelievable ability to get stellar performances out of his cast will make this the next great American

“We are setting out to make a monster movie with practical fx and a riveting story that appeals to both lifelong horror fans and new followers of the genre. In the vein of classics like The Lost Boys, Silver Bullet and Phantasm that star young actors thrust into extraordinary and fantastical situations. The team felt only Robert A. Masciantonio could deliver the goods.” – Executive Producer Todd Oifer. 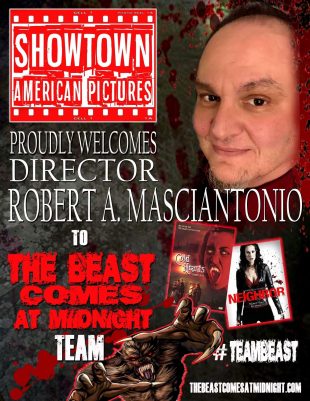 Tags Robert A. Masciantonio The Beast Comes At Midnight 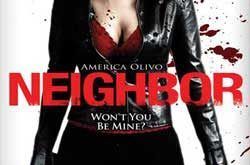