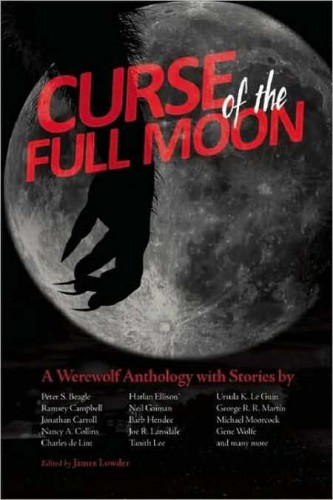 I love werewolves; I think that they are the coolest and creepiest of all the monsters in the world of horror. Unfortunately, for some unknown reason, they never get any love. Zombies have had their time in the spotlight and for the last year or so vampires have been all the rage. When are my beloved lycanthropes going to get their time to shine?

Most people just aren’t into werewolves, and as a result there have been very few werewolf movies over the last several years (“Ginger Snaps” being the last good one in my opinion) and even fewer novels and short stories about them. Thankfully though the folks at Ulysses Press get that there are werewolf fans out there and they put together Curse of the Full Moon, a collection of werewolf stories by a slew of talented writers.

In my humble opinion Curse of the Full Moon rules! I enjoyed pretty much every story included in this collection and thought that most of them were very well written. The biggest majority of them are pretty original (something that is hard to do when it comes to werewolves as there is only so much you can do with them that hasn’t already been done) and I think there is a little something here for everyone.

Even if you aren’t a werewolf fan like me I still think you will still enjoy this collection.

Not every werewolf is portrayed as “evil” in this anthology. There are a few instances where they are decent people which I thought put a cool spin on werewolf lore. I like the idea of there being werewolves out there that don’t exist only to go out and mutilate innocent people (don’t get me wrong, that is what I love most about werewolves but it was still cool to see them in a different light). “Population 666” is a good example of this as it features an entire town of lycanthropes and most of them are normal, everyday people (except for the fact that they are werewolves) who have daily routines. I really enjoyed this story and thought that it was one of the best ones in the collection.

I think that of all the stories the ones I enjoyed most (in addition to “Population 666”) was “My Zoondel”, “The Wife’s Story” and several others. I just liked the feel of “My Zoondel” and it ended on a very ominous note. It is just an interesting story and I wasn’t sure what was going to happen; when I reached the end I was quite happy how things played out. I wasn’t really into “The Wife’s Story” at first because I thought I had it figured out, but then it took a very creative and original turn that I never saw coming. I had a blast reading “Population 666” and thought that it had a very “Buffy the Vampire Slayer” vibe.
The only negative thing I can say about Curse of the Full Moon is that some stories are just a little too long. There were a few of them that tended to drag on a bit and I was tempted to skip ahead a page or two more than once. I think some of the longer ones could have been trimmed down but to help them flow a little smoother and eliminate lag times. Not every story is guilty of this, but there are a couple that I couldn’t help but feel a little bored while reading.
From the first time I saw “The Howling” at a very young age I have loved werewolves. I like everything about them and wish that they got more attention. To me there is nothing scarier than being in the woods at night and hearing a blood curdling howl that seems to be coming closer and closer. “The Howling” scared the piss out of me as a child but I loved every minute of it and I wish more people felt the same way about werewolves. Curse of the Full Moon is a great read and I appreciate the fact that Ulysses Press put together such an impressive collection and I hope they do another one like it soon. Go pick up a copy of this novel if you are into horror, I promise that you won’t regret it. 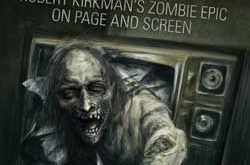