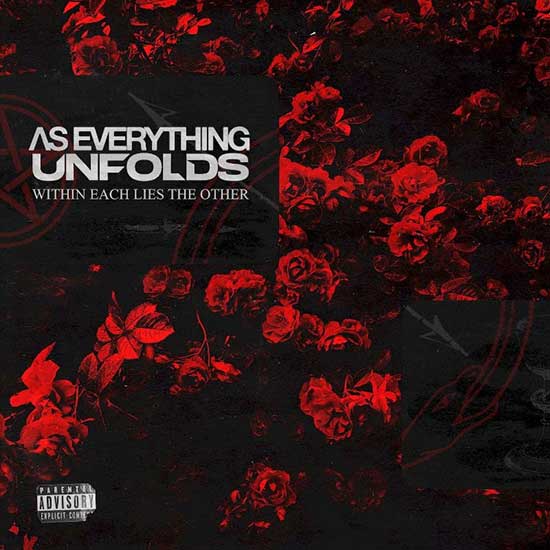 Melodic post-hardcore sextet AS EVERYTHING UNFOLDS have released their new single “Grayscale”. The track is the fifth single from their forthcoming debut album, ‘Within Each Lies The Other’, which is set for a March 26, 2021 release via Long Branch Records.

Vocalist Charlie Rolfe about the new single:
“When everything around you seems grey and dark, it can be hard. But there’s beauty is everything, life in dead flowers, colors in dark hours. No longer seeing life in black and white, wrong or right, learning to see life through a new lens creates a whole new perspective and makes it easier to live with whatever issues you have. Embrace it.”

“Grayscale” follows the band’s previous singles “Hiding From Myself”, “Take Me There”, “Stranger In The Mirror” and “Wallow”, which have collectively garnered over 1,200,000 streams.

‘Within Each Lies The Other’ Tracklist:
1 On The Inside
2 Take Me There
3 Wallow
4 Stranger In The Mirror
5 I’m Not The Only One
6 Grayscale
7 Stay
8 Let Me Go
9 Hiding From Myself
10 One Last Time
11 Wither
About AS EVERYTHING UNFOLDS:
“More than just a family, more than just a subculture, we stand with everyone who feels like they don’t belong. We are hope for the hopeless and joy for the joyless, we are everything you didn’t know you needed. We are As Everything Unfolds.”
As Everything Unfolds is a 6-piece melodic post-hardcore band from the High Wycombe, U.K. The band is comprised of frontwoman Charlie Rolfe, guitarists Adam Kerr & Owen Hill, bassist George Hunt, synth player Jon Cassidy, and drummer Jamie Gowers.
Since the release of their EP, “Closure” in late 2018, now sitting at well over 1’000’000 streams, the band has grown from strength to strength. They’ve toured heavily across the UK & Europe, including performing alongside acts such as ADEPT, Dream State, Our Hollow, Our Home, and more.
The success of their previous release saw the band sign to the esteemed Long Branch Records label in 2020. With huge anticipation building for their follow up to “Closure”. Alongside their dedicated fanbase and hard-working ethos, the future is strong for the band, the future is As Everything Unfolds.
AS EVERYTHING UNFOLDS Lineup:
Charlie Rolfe – Vocals
Adam Kerr – Guitar
Owen Hill – Guitar
George Hunt – Bass
Jon Cassidy – Synth
Jamie Gowers – Drums
Share

Tags AS EVERYTHING UNFOLDS 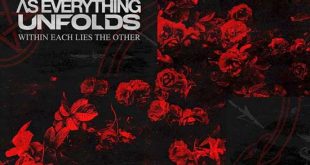